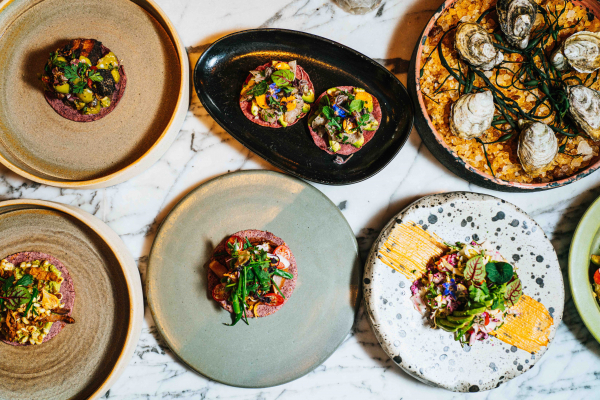 Lunch offerings from Mírame include a variety of tacos and Baja oysters. Photo courtesy Matt Egan.

Downtown Menlo Park development Springline has completed its retail lineup, which already included some of San Francisco’s most popular restaurants. Italian taverna Che Fico was one of Bon Appétit's best new restaurants in 2018, and Hayes Valley’s Robin has a reputation for its California-inspired omakase, which ranges from $99 to $199.

The last addition to the complex on El Camino Real at Oak Grove Avenue, one block away from Santa Cruz Avenue, is chef Joshua Gil and Matthew Egan’s Mírame, which opened in Beverly Hills in July 2020. The restaurant combines Mexican regional cooking with Californian philosophies of sourcing local, seasonal ingredients in a style that has been referred to as Alta Calfornia cuisine by award-winning writer Bill Esparza (in March, we covered the opening of Traci Des Jardins’ el Alto.) Gil served as chef de cuisine at Joe's Restaurant in Venice when it earned a Michelin star in 2008 and rotated through various ventures, including his Tacos Punta Cabras, before joining Egan at Mírame. 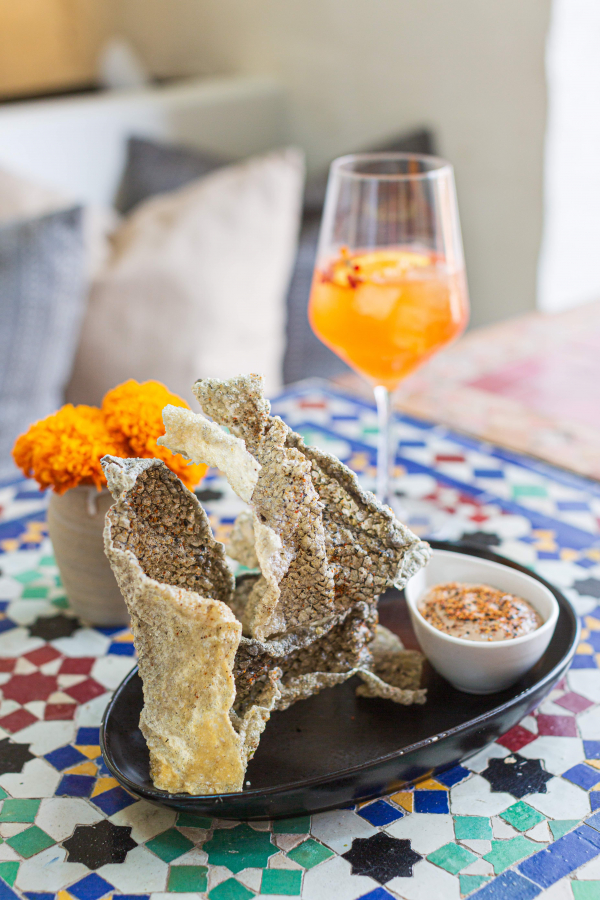 Diners can expect to see some of the Los Angeles location's signature dishes, including fried salmon skin chicharrones that puff up and stand tall on the plate next to a fermented garlic aioli and thin Sonoran flour tortillas. Meanwhile, the bar will offer Mexican spirits and wines, including a wine list entirely procured from Mexico.

Some of Springline's office tenants have already moved in, but its retail businesses will start to open this winter. Mírame's opening date is tentatively set for summer 2023.