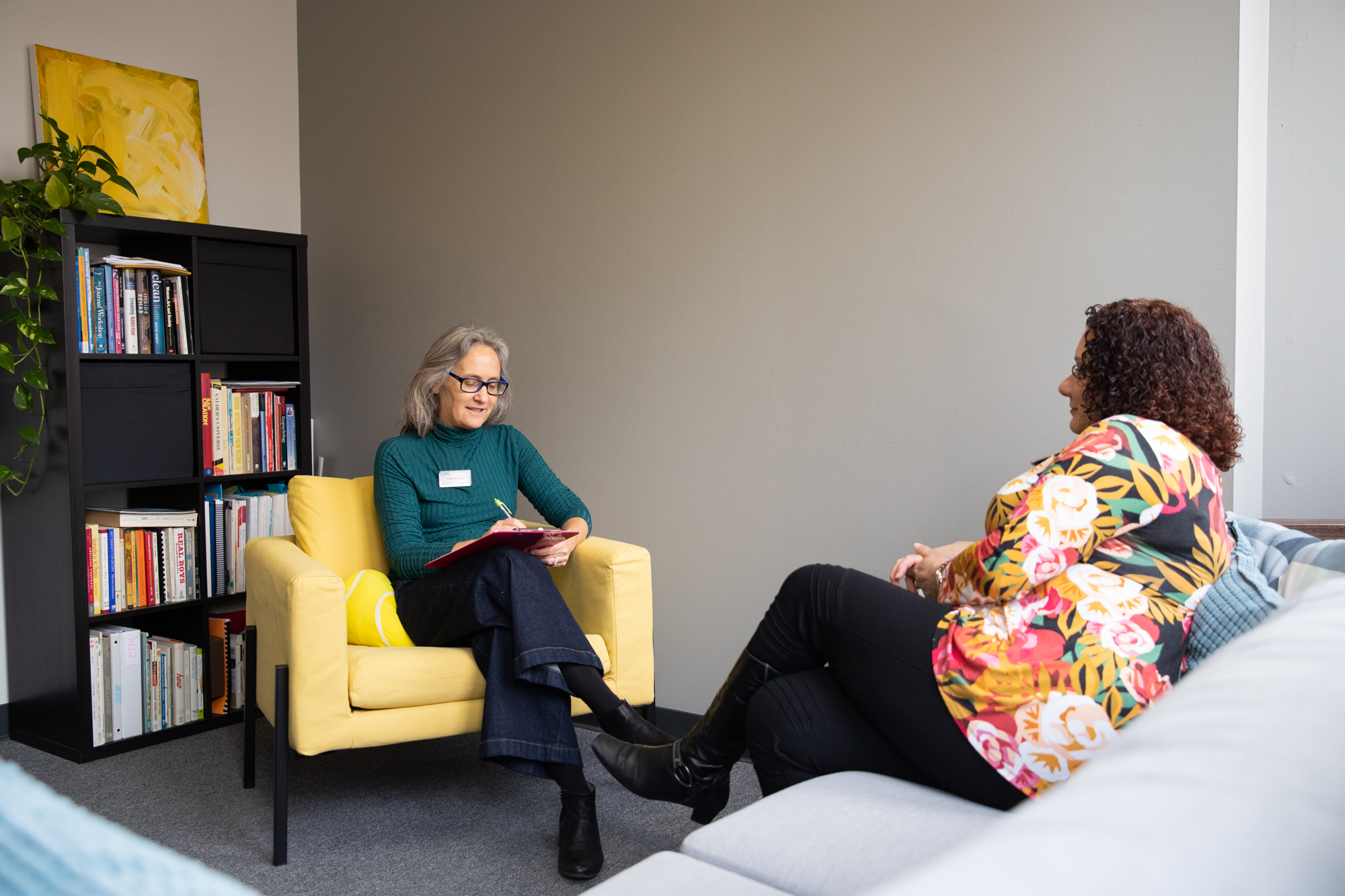 Last month, Marsha Deslauriers lucked out. The executive director of the Community Health Awareness Council didn't have to ask for help clearing out buckets of rainwater dripping from the nonprofit's ceiling.

Replacing the leaking roof was a big step for the nonprofit, which has kept a laser-sharp focus on its mission to provide mental health care for local North County children and families for decades. It was one of the small but meaningful upgrades CHAC can eke out as it grapples with an unprecedented rise in demand for affordable counseling and therapy services.

Families that can't afford private practices; frustrated Kaiser patients who can't get a timely appointment, low-income residents who are uninsured -- thousands of people are finding themselves at CHAC, with nowhere else to go. The nonprofit is taking them in, regardless of cost, but the open-door policy is getting harder to sustain.

It gets more difficult each year to support the growing number of people coming to CHAC for help, Deslauriers said. Homelessness, poverty and lack of affordable care elsewhere in the county means that CHAC is serving more people and getting reimbursed less for services. The cases themselves are getting harder as well -- clinicians are often faced with having to untangle a complex web of depression, PTSD and other disorders that take a long time to resolve.

"CHAC has always served the underserved, but the number of underserved is growing," she said. "We are seeing the people who don't qualify for Medi-Cal or choose not to have Medi-Cal, all the way to the people who can't afford a private practice at $180 to $250 per hour."

CHAC relies on a lean, cost-effective strategy to maximize counseling services for as many children and young adults as possible. Close to two dozen clinical supervisors oversee a workforce of 92 "interns," mostly psychology graduates and marriage and family therapists looking to fulfill academic requirements, who work at school campuses in Mountain View, Los Altos and Sunnyvale. The end result is that CHAC can do more with less, while simultaneously serving as the largest training agency for therapists in the area, Deslauriers said.

CHAC is one of seven local nonprofits that benefit from donations to the Voice's Holiday Fund. With the support of the Silicon Valley Community Foundation, 100% of donations go directly to these nonprofits.

There's no single cause for the increase in demand, nor is there a prototypical client. Deslauriers said they serve everyone from young, unaccompanied children recently arriving from the Mexican border to teens reeling from academic stress, anxiety, cyberbullying and substance abuse. Local concerns over youth mental health have risen to the fore after two teens from Mountain View High School have died by suicide since August last year, prompting debate over what the city of Mountain View can do to help.

Data collected by the Mountain View-Los Altos High School District shows a four-fold increase in referrals for mental health counseling between 2013 and 2018, some of which are handled in-house by a team of district-hired therapists and others referred to CHAC staff. Serving students on campus is the preferred option, leading Mountain View and Los Altos site administrators to use everything short of broom closets for private, discreet counseling spaces.

Outside of schools, programs hosted at CHAC's headquarters on El Camino Real encompass substance abuse and addiction services, family-based services and counseling tailored for LGBTQ and Latinx clients. The Latinx program currently serves over 150 families each year, Deslauriers said, some of whom suffered through severely traumatic experiences prior to coming to the U.S. and need some kind of mental health support.

At the moment, CHAC's $3.8 million budget is small but flexible. Counseling programs run by the nonprofit do not receive funding from the state or the county, and can therefore be offered to anyone who walks through the door regardless of insurance, qualifications or ability to pay. It also means clients can be seen as many times as needed to resolve the challenges they're facing, rather than getting cut off after a set number of weekly visits.

The downside of the flexible budget is that CHAC's funding is limited and leaves barely enough for everything else, such as fundraising, administrative costs and capital upgrades to keep its building standing. The leaks may be gone, but the children's room on the second floor -- dubbed the Magic Kingdom -- has a couple of missing ceiling tiles and exposed fiberglass insulation.

When the City Council discussed potential youth mental health strategies on Dec. 10, Deslauriers said CHAC really didn't have the wherewithal to have a presence at the discussion.

"Everybody is at the max here, so even getting to council meetings to inform them is a burden," she said.

The threadbare budget and the way CHAC does business has to change, Deslauriers said, which could come in the form of large philanthropic grants or a long-awaited foray into county partnerships, so long as it doesn't tightly constrain who CHAC can serve. The nonprofit also receives limited funds from local cities and school districts through a Joint Powers Authority (JPA) agreement, which could lay the groundwork for increased staffing that could clear waiting lists for services.

"We are in a phase of mental health crisis," she said. "It is going to take a collaborative effort to solve that. CHAC wants to be at the table to do that and work with the county."

Locally and nationally, it is estimated that about 1 in 5 adolescents with a mental illness do not receive services from a mental health professional, whether by a psychologist or a psychiatrist, despite research showing that close to half of all mental health conditions begin by age 14. Access to timely appointments and the appropriate level of care is often strained, with or without insurance coverage, even though federal and state legislation mandates that insurance companies must provide access to mental health services at the same level as medical services.

Earlier this week, thousands of Kaiser Permanente mental health workers began striking over what they describe as a failure to honor health care parity laws. The National Union of Healthcare Workers (NUHW) announced in a statement Monday that patients are routinely forced to wait six to eight weeks for therapy appointments, and clinicians -- faced with the shortage -- have resorted to working after hours for patients who can't wait.

Some of those patients are ending up at CHAC.

"The way they schedule appointments is a month out," Deslauriers said. "You share intimate challenges and then the provider can't see you again for six weeks. It's a huge burden challenging the ethics of the licensed clinicians and it's totally inappropriate for the client."