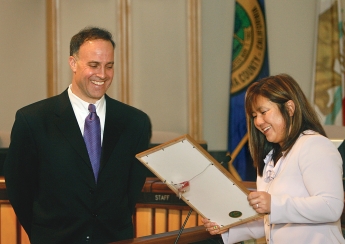 Fantastic! Mayor Abe-Koga will be a voice for everyone, including working families who are so often voiceless in this country. I'm also glad she's spoken out about the hate crimes. I'm friends with neighbors of all backgrounds and we've never had these kinds of problems.

Posted by Name hidden
a resident of Rex Manor


Due to repeated violations of our Terms of Use, comments from this poster are automatically removed. Why?

Flying: How much is enough? It's personal.
By Sherry Listgarten | 8 comments | 1,992 views