Navy: We will defer on Hangar One | News | Mountain View Online |

Navy: We will defer on Hangar One 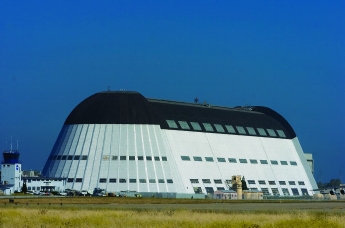 Thanks for keeping an old friend alive.

Way to go Anna (and to all who sent emails to the Navy), however "it ain't over til it's over".

I hope they save it because the idiot city council in Tustin wants to demolish the south hangar on their former base.

I hope they get rid of that old thing. Its quite an eyesore.

Report Objectionable Content
Email Town Square Moderator
3 people like this
Posted by Catherine
a resident of Jackson Park
on Oct 7, 2009 at 2:23 pm

Glad to hear of the delay. Hope we can save hangar one!

Report Objectionable Content
Email Town Square Moderator
3 people like this
Posted by jane
a resident of North Whisman
on Oct 7, 2009 at 2:57 pm

At first observation the hangar may well look like an eyesore. However, if you take the time to research it and discover the history and the amazing structure you might grow to appreciate why there is so much support for saving this amazing building.

Report Objectionable Content
Email Town Square Moderator
3 people like this
Posted by Daryl
a resident of another community
on Oct 7, 2009 at 3:39 pm

Jane is correct the hangar has great historic importance to aviation and the community. As a former photographer for NASA I did many photos inside the hangar and on top of it! What a view from the top during airshows! But you cant help but be awed when you are on the inside it is just enormous! Keep at it folks we can save this piece of history yet!