Just roll with it 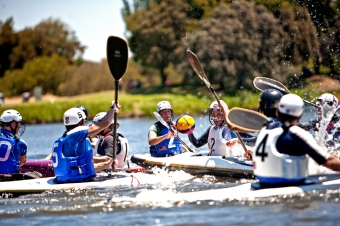 Robert Logan, a Mountain View resident and 11-year national team member, looks to pass the ball during their June 26 practice. "There are lots of weird rules," Logan says of the sport. Photo by Eric Lawson.