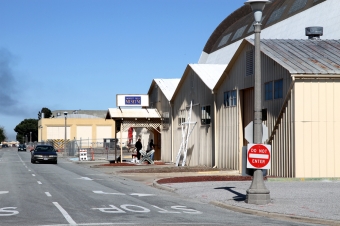 Tests have found TCE fumes to be above EPA action levels inside the Moffett Museum. Photo by Michelle Le.

Don't rent a house in my neighborhood...could be hazardous to your health!
Brian David
638 N. Whisman Road

Herb Parsons obviously has a very tenuous relationship with reality. TCE is one of the most dangerous carcinogens around.

If there was a civilian airport in operation, it would generate enough revenue to clean up any icky mess left behind by the Navy.