Fun on the Fourth of July | News | Mountain View Online |

Fun on the Fourth of July

Independence Day festivities on the Midpeninsula 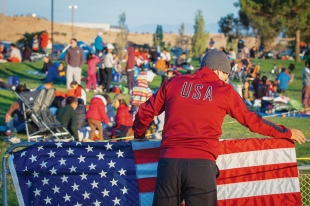 3 people like this
Posted by SanJoseOrShoreline
a resident of Old Mountain View
on Jul 3, 2016 at 8:10 pm

I was planning to go to San Jose to watch the fireworks down there but just got a free "lawn" ticket to Shoreline with some other friends.

Do you get searched going into Shoreline? Can you bring in food/drink? When do you need to get there to put down a blanket?

Which venue will have bigger fireworks display?

3 people like this
Posted by @SanJoseOrShoreline
a resident of Old Mountain View
on Jul 4, 2016 at 1:29 pm

You can bring in plastic bottles of non-alcoholic beverages of 20oz or less. You can also bring in food. Each person gets the equivalent of a gallon Ziplock bag of food. No knives and no bottles/glass. Symphony starts around 8:00pm. Most people show up after 6:30. If you are driving, expect at least 1-2 hours to get home. If you're truly in Old Mountain View, the Stevens Creek Trail (bring your own lights!) can be much faster.