Competition heats up for the normally uncontested community college district 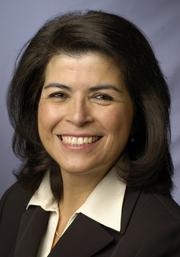 The Foothill-De Anza Community College District's board of trustees often sits out during the November general election, but that won't be the case this year. Although the elected body has had just one contested election in the last 10 years, as many as six candidates could be in the running for the three seats up for election this year.

Shortly before the Voice's Wednesday press deadline, Eric Rosenthal pulled candidacy papers for the school board. Information about him will be included in a subsequent story.

Incumbents Laura Casas Frier, Betsy Bechtel and Joan Barram are all up for re-election this November, but only one, Casas Frier, has pulled papers with the county so far. Barram told the Voice via email Monday that she does not plan to run for re-election, and Bechtel has not announced whether she intends to run again.

Casas Frier has been a member of the board of trustees for over a decade. As a legal claims specialist with a law degree from Santa Clara University, Casas Frier has spent much of her tenure advocating for minority students who are under-represented in higher education. She has served on the advisory board for ALearn, an organization that aims to help minority students succeed in college, and has mentored students through the Puente Project, a national organization with the goal of increasing the number of under-represented students enrolling in four-year colleges and universities. Prior to moving to the Bay Area, Casas Frier helped co-found a transitional home for domestic violence victims in Los Angeles.

Gilbert Wong, a Cupertino councilman whose term ends this year, announced his intent to run for the board earlier this year. Wong's platform includes maintaining a balanced fiscal budget for the college district, which was a challenge for district leadership up until last year, as well as providing an array of classes and programs to meet the needs of students attending the two community college schools, according to Wong's campaign website.

Cupertino resident Patrick Ahrens announced his bid for the board of trustees in April. Ahrens has been heavily involved in local politics, and currently serves as a staff member for state Assemblyman Evan Low. He previously worked a as a staff member for Rep. Janice Jahn in Washington, D.C. Ahrens was a De Anza student and served as a student trustee for the Foothill-De Anza Community College District.

Peter Landsberger, a Los Altos resident and active member of the Foothill-De Anza Foundation's board of directors, has a relationship with community colleges that goes back several decades, starting when he was appointed Foothill-De Anza's first general counsel. In 1983, he was promoted to vice chancellor of the district and oversaw all district office operations, according to the foundation website.

Over his 30-year career in community colleges, Landsberger has served as the president of the College of San Mateo, senior vice chancellor of the Los Angeles Community College District, and as the interim chancellor for the Los Angeles District. From 2007 to 2010, Landsberger was appointed as a special trustee in charge of overseeing Compton Community College District after Compton College had lost its accreditation. Landsberger earned a law degree from the University of California Berkeley, and has done post-graduate work at Harvard University.

Former Cupertino City Council member Orrin Mahoney confirmed with the Voice late Wednesday afternoon that he does plan to file for candidacy. Mahoney is a retired mechanical engineer who worked at Hewlett-Packard for 35 years. He served on Cupertino's city council from 2005 to 2014, and currently co-chairs the De Anza Commission.

All candidates have until Aug. 12 to file candidacy papers with the Santa Clara County Registrar of Voters to run in the election.

What are the issues that separate the candidates? Don't tell us you are running for personal fame and fortune or the old " to give back to the community" stuff. How about this: Tell us what proportion of students in the district are "out-of-state" (including foreign students) such that the district gets more money to soend or squander.

5 people like this
Posted by Margaret Goodman
a resident of Another Mountain View Neighborhood
on Aug 17, 2016 at 10:09 am

I'm impressed with Peter Landsberger's positions described on his website www.plandsberger.com. You'll also notice that an added strength is he is endorsed by management, staff, and students. He is a good listener and a problem solver. He has a track record of bringing stakeholders together in common ground. This isn't just a political stepping stone position for Mr. Landsberger, but like teachers, librarians,and clergy it's a life long mission of service for the public good. I'm a supporter!

Peter Landsberger has had a career with community colleges that involves true leadership. Community colleges have many people to whom they need to bring quality - students, citizens, faculty, accrediting institutions, hiring businesses. Landsberger has guided four community college systems through the process of developing relevant education for students going on to careers, to colleges, and to universities. His commitment included his own daughters who started their higher education in the community college system. The California Community College Board recognized Landsberger's leadership when they appointed him to guide the Compton Community Colleges to a financially stable foundation. His experience and insight into the positive role these institutions play in contributing to community prosperity can take Foothills-DeAnza to the highest levels.

These local restaurants are donating meals to Bay Area residents in need. Here's how to help.
By Elena Kadvany | 6 comments | 10,647 views

Coronavirus: Plan ahead now for a big outbreak
By Diana Diamond | 16 comments | 3,715 views

Will the Coronavirus Save Lives?
By Sherry Listgarten | 27 comments | 3,584 views

The first few seconds after awakening; before I remember the virus
By Chandrama Anderson | 0 comments | 616 views