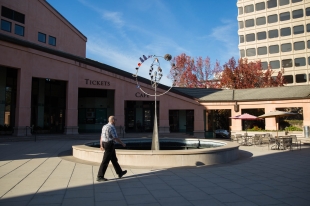 A homeless man who died following an attack outside the Center for Performing Arts in November was identified this week. Photo by Michelle Le.