National Night Out set for Rengstorff Park on Tuesday 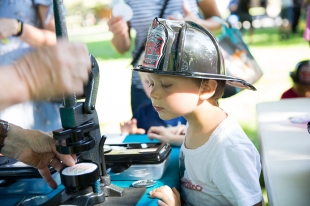 Nick watches his button being made at the Community Outreach Program booth during National Night Out at Rengstorff Park on Aug. 1, 2017. Photo by Michelle Le

I agree that the headline could use more pizazz.

Judging by the headline I thought this was past tense. I was saddened to see that I missed the event, only to learn that it is in fact happening tonight!! Gosh I hope Duke and Ralphy are there!!

This is a great event. We went to this last year, very fun for families.