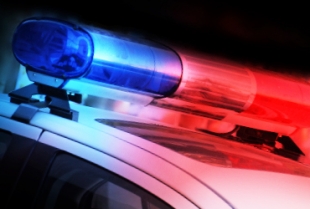 The theft of a catalytic converter in the North Whisman neighborhood led police to a an alleged counterfeit money-making operation at a nearby hotel in Mountain View.

Editor's note: The Voice's policy is to withhold the names of those arrested for most crimes until the District Attorney has determined there is sufficient evidence to file charges in the case.


It happened in my neighborhood too - just last week. I had seen it reported on TV happening elsewhere in the Bay Area. How many thefts did these four pull off? There may be many more groups of criminals involved in stealing catalytic converters. Counterfeiting is a federal crime. Hopefully, they will not make bail and land in prison - state or federal. The Voice should follow the cases to discern and show how the system works or does not work.

Criminal justice system is a joke in CA. I caught a burglar on my roof on a Saturday afternoon, police caught him and changed him with attempted burglary of an occupied dwelling, wearing a mask in commission of a crime, possession of burglary tools and resisting arrest. Dude was let out on supervised probation a week later. Complete joke. Citizens need to take matters into our own hands to protect ourselves and each other.

My catalytic converter was stolen a few years ago from 4Runner in my driveway in Mountain View in the middle of the night and they never caught them. A good part of town and a dead end street so you never know if you are at risk. It was a risky move for the thieves.

It seems like a stupid theft as it could not have been worth that much as I replaced it for just a couple hundred dollars not the super high price that you read about for platinum.

Report Objectionable Content
Email Town Square Moderator
15 people like this
Posted by Justice
a resident of Old Mountain View
on Aug 20, 2019 at 2:44 pm

I agree with Redbarker we citizens need to take matters into our own hands to protect ourselves as it’s a broken system.

Let’s rally and collect signature to fund our police and fix our laws.

Oh wait. That’s not what you meant? You were talking about the angry and lazy approach of using force? No thanks.

"Dude was let out on supervised probation a week later"?!? Since when does our judicial system work that fast?

Report Objectionable Content
Email Town Square Moderator
11 people like this
Posted by Jake O.
a resident of Rengstorff Park
on Aug 20, 2019 at 2:52 pm

Didn't the criminals know it's against the law to carry a loaded handgun without a concealed weapons permit?

Report Objectionable Content
Email Town Square Moderator
3 people like this
Posted by David B. Karpf, MD
a resident of North Whisman
on Aug 20, 2019 at 5:31 pm

More Kudos to the MVPD for arresting these individuals!

Report Objectionable Content
Email Town Square Moderator
9 people like this
Posted by 1 IN 100 Caught?
a resident of Slater
on Aug 20, 2019 at 7:07 pm

The police came upon one guy and got three more in the gang - by means not detailed. Most criminals get away. One in a hundred is caught. The METH may have affected the judgment of these four bandits.

I hope it was a lawful search of the room(s).

The burglar that was released (according to the earlier post) could have immediately pled out (guilty for probation) but more likely was released OR or on bail with the added requirement that his release would be (sort of) supervised. All that usually means is that he checks in with the pretrial release office once a week,

That earlier attempted) burglary may have involved a NOVICE. If there is NO room in jail to hold these four BRAZEN LUNATICS, we are in trouble.

'Are they ready for fully innovative Indian food?' Ettan arrives in Palo Alto with chaat, caviar and a secret menu
By Elena Kadvany | 0 comments | 3,629 views

Flying: How to lower your impact
By Sherry Listgarten | 12 comments | 2,597 views