Fears of first-responder fentanyl exposure may be overblown 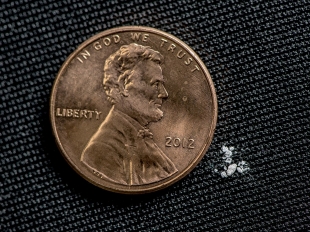 According to the United States Drug Enforcement Agency, this image shows a potentially lethal amount of fentanyl. Courtesy of DEA