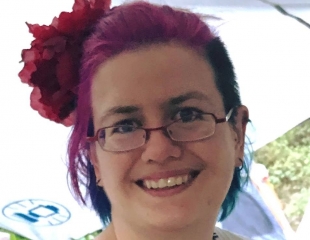 Caroline "Carrie" McLaughlin, 35, of Oakland, was identified as one of 34 people who died in the Conception boat fire on Sept. 2. The Santa Barbara County Sheriff's Office believes they died from smoke inhalation. Photo courtesy Carrie McLaughlin's Facebook profile.

'Are they ready for fully innovative Indian food?' Ettan arrives in Palo Alto with chaat, caviar and a secret menu
By Elena Kadvany | 0 comments | 3,618 views

Flying: How to lower your impact
By Sherry Listgarten | 11 comments | 2,593 views