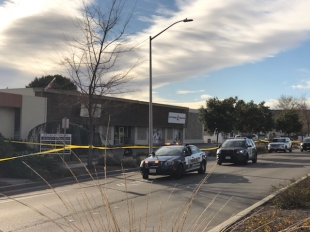 A man was shot in the parking lot of a business in the 700 block of San Antonio Road between Leghorn Street and East Charleston Road in south Palo Alto early on Tuesday, Jan. 21. Photo by Lloyd Lee.