Behind the scenes with Max Tachis and Roneet Aliza Rahamim 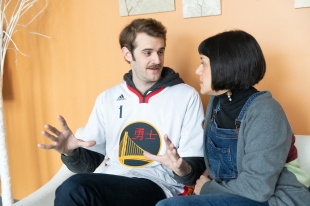