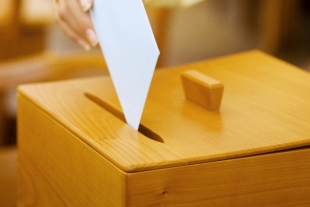 The deadline to register to vote for the March 3 primary election is Feb. 18. Santa Clara County citizens can get voting information online at www.sccgov.org/sites/rov/Voting/March2020/Pages/home.aspx.