Candidates for state Senate to square off at Feb. 5 debate 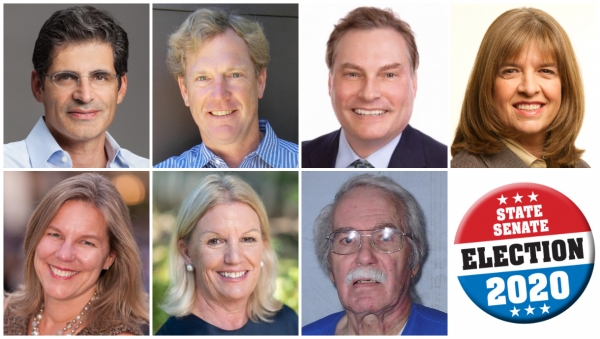 For me, Oliva is out as a realtor supported by realtors. Masur is out as a supporter of SB 50 which would prohibit cities and counties from restricting where to allow construction of high-desity housing. SB 50 may pass the state senate today - but its focus on developer and corporate perogatives and profits will remain important when one of these candidates becomes our next state senator.

Is Masur supports SB-50, then I support Masur. We need to legalize home construction.

It's amazing that the Democrat committee considering an official endorsement couldn't come to a conclusion - though they seemed to favor either Masur or Becker. Funny though that they placed the Real Estate Industry candidate Oliva at #6 out of 5 candidates with zero votes (every other candidate received votes). "No Candidate" scored higher than Oliva!

Flying: How much is enough? It's personal.
By Sherry Listgarten | 9 comments | 2,165 views