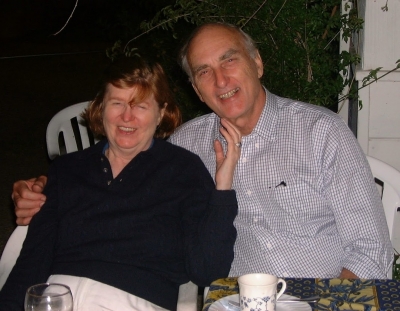 Asthildur “Adda” Sigurdardottir passed away peacefully among family at her home on April 29, 2020 after a brief illness.

Adda was born in Isafjordur, Iceland, December 4, 1928 to Sigurdur Sigurdsson and Hildur Matthiasdottir, of the same town. In her youth she experienced the Second World War with English and then American military that arrived to protect her country. She was a responsible young person who helped her parents look after her siblings during younger days. As a young adult, Adda made the brave decision to leave Iceland and move to the United States. She was offered a job in a bank in Beverly Hills, California where she met Hollywood stars like Marilyn Monroe and Fred Astaire.

Adda studied in the United States and Switzerland, as well as Iceland. Through dedication and her intellect she transitioned to a successful career in computer programming. Adda was blazing the trail as one of the very few women in her field at the time. In 1970 she moved to San Francisco and after a stint at McKesson Corporation begin working for Southern Pacific Railroad. She was initially hired as a programmer in the Systems Research Office (SRO) section of the Systems Management Services group.

Around 1972, she was transferred to the Equipment Reporting section of SRO. Adda was an outstanding employee and person. She was known to her peers and management as easy going and people enjoyed working with her. She was extremely loyal to SP and developed good rapport and respect with all. In the words of one of her colleagues, “She was a very skilled programmer and analyst”.

In 1986, the major responsibilities of Bureau of Transportation Research were reorganized and the new department, named Costs and Economics (C&E), was headed up by Klaus Brandt. She began working with C&E from 1986 until her retirement in 1994.

After retirement from SP Adda, a well read and educated person, moved for a time to Nice, France. There she experienced the warm winters and hospitable French culture. Adda, capable in most any environment, knew and read at least three languages, Icelandic, English, and French.

Colleagues in work, in their respective retirements, Klaus and Adda found something new. Between Klaus and Adda an affection grew. They married and enjoyed thirty years together in Palo Alto, where they were known for their memorable parties and holiday celebrations. They spent their summers traveling throughout Europe on extended vacations. Guests and friends from all over the world were welcomed in their home. Their backyard included a swimming pool, and garden rich with avocados, lemons, oranges, blackberries, and figs enjoyed by all.

Adda is survived by her niece Hildur, and grandniece Diljá of Iceland, and Klaus' children Sophie and Marc, and grandchildren Christian, Aidan, Steffan, and Klausie. Adda had a cherished daughter affectionately called Hiddy who worked for Icelandic Air who preceded her in passing. Adda will be missed.

Please visit our album of memories and share a photo if you have one. https://tinyurl.com/ybnxp7ka

Photo Gallery
0 photos Upload a photo
Remembrances
0 entries Submit a remembrance
Memorial service
Due to current circumstances a celebratory event will occur at an undetermined later date.
About this site     Contact us