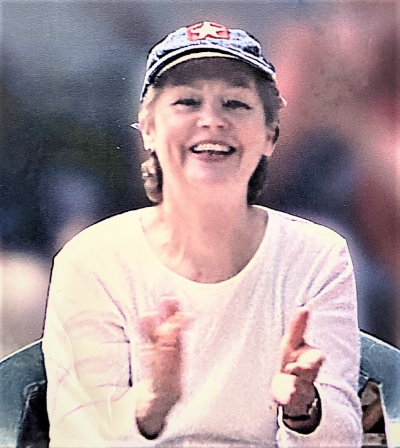 Joan Wynn Cooper died at her home in Seattle, Washington on October 7, 2020. Her sons and daughter-in-law surrounded her bedside the last few weeks of her life. She was 89. Joan was born in West Seattle, the daughter of Adriana and Victor Argenbright. She attended high school in Port Angeles, Washington and was a straight A student, junior prom queen, valedictorian, and the Salmon Derby Queen of Port Angeles her senior year. Throughout high school she was a member of the debate team, the Honor society, received an art scholarship, and had a lead role in several plays. She attended Whitworth College and the University of Washington. As a member of Kappa Kappa Gamma Sorority she met and married Charles C. Wynn. The two started a family and moved south to Santa Clara, California in the early 50's. Joan had six boys: Charters, Christopher, Bruce, Bryan, David and Daniel. She often led dinner time discussions centered around current events, politics, religion and schooling. She kept the house in order, always standing her ground while passionate dinner table debates ensued. She was outnumbered by males 7 to 1, but she was fiesty and did not take any crap. She cared for those boys when they were sick, drove the paper route when it rained, and constantly had to tell her kids to do their homework. "No T.V on school nights, read a book," she often told them. Family vacations to Santa Cruz beach homes and enjoying a coastal sunset were one of her favorite things to do. Joan loved looking at homes up and down the peninsula, too. While doing so she became enamored with a big house on Hale Street in Palo Alto, California, where the family moved in 1971. Finally she had enough room for the big family. She redecorated it herself with new paint, candles, plants, woven baskets and pounding brick pavers into the front yard. She hosted dinners and eventually three weddings in front of the living room fireplace. Joan had tons of energy, dressed impeccable, and always looked beautiful. People she knew and met often asked her how she could raise six boys and look so young. In the 80s the boys were either in college or the Army, Charly and she divorced, and Joan decided to take on new and old interests that she never had time for while raising a family. She decided to pursue sport photography and finish up her college degree, and then a MBA at San Jose State where she once again excelled. Later she worked for Hewlett Packard and IBM. While attending services at Menlo Park Prebysterian Church she met Don Cooper, and the two married in the Hale Street home and eventually moved back to Seattle to look for a new home and care for her aging mother. They chose a Bainbridge Island home overlooking Puget Sound and Seattle. Together they enjoyed their senior years being active with the local church, hosting family reunions, keeping up with her boys and making new friends. They reached their 80’s and decided to downsize and live at Fred Lind Manor in Seattle, where once again they met new friends and a helpful staff. Don passed away at 91, but two of Joan's boys and their wives lived in Seattle, so she was always close to family. Mom was well-loved and will always be missed. 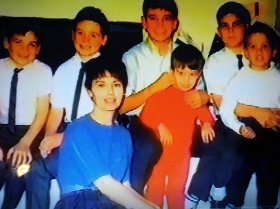 Remembrances
3 entries Submit a remembrance
From David A Wynn
Nov. 21, 2020
Mom always wanted us to dress up for Easter.
About this site     Contact us