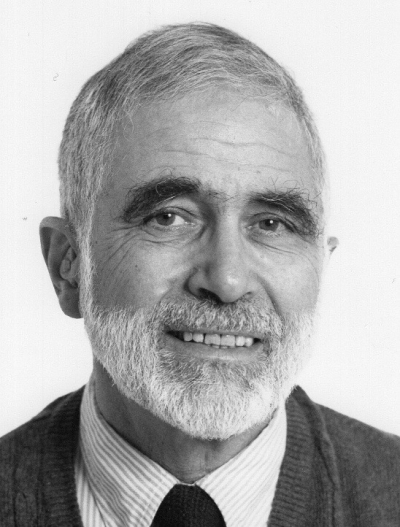 Mountain View resident Benjamin McKendall died on January 11. He was 89.

Loved for his generosity and openness, Benjamin knew the greetings in some two dozen languages. Nothing pleased him more than addressing people in their native tongues, watching their faces light up, and launching conversations that turned them into instant best friends.

The eldest of three sons of Benjamin McKendall, Sr., and Mary Manganelli, Benjamin was born in Cranston, Rhode Island. In 1952, he graduated from Brown University, where he earned a degree in sociology, edited the college yearbook, and served as class president.

He began his professional life at Brown in the 1950s. Later, he worked as the dean of admissions and/or student affairs at Occidental College, Reed College, and SUNY Old Westbury and as an administrator at the College Board’s Palo Alto office. Throughout his career, Benjamin was a leader in advancing diversity and inclusion in American universities. He also participated in the civil rights movement. During the summer of 1964, he ran the communications center of the Council of Federated Organizations in Jackson, Mississippi.

In 1973, Benjamin took a position at San Jose State University, from which he retired twenty-one years later as Associate Vice President, Student Services. During this period, he earned his private pilot’s license. Days later, he turned 50 on a piazza in Florence. In 1988, Benjamin married Patricia Albers. The two traveled widely, notably leading travel/study programs for teachers in East Africa.

Before and after retirement, Benjamin devoted his skills and energy to non-profits including Food for All, Foundation for a College Education, the YWCA (Building Bridges study circles), and IDEX (now Thousand Currents). For twenty years, he was a docent at the San Francisco Museum of Modern Art. He was also a photographer, storyteller, river rafter, hat wearer, and chocoholic. He had seven daughters, to whom he was devoted.

Benjamin is survived by his wife, Patricia Albers; his brother, David McKendall; his daughters Kyle McKendall, Kristin McKendall, Kit Bennett, Elizabeth Koelmel, and Sarah Gross; his stepson, Sam Spiewak; his sons- and daughter-in-law; and over a dozen grandchildren and great-grandchildren. Two daughters, Karen McKendall and Kimberley Harney, died during his lifetime.

Photo Gallery
0 photos Upload a photo
Remembrances
1 entry Submit a remembrance
From Brenda L Bang
Jan. 15, 2020
I've met some very interesting people in my lifetime but Benjamin was one of the most interesting and kind men I've ever had the pleasure to know. His wife Pat is one of my oldest and dearest friends and we always got together when they came back to...
Read more
Make a donation
Heart Fit for Life, Palo Alto Shining Hope for Communities (SHOFCO), Nairobi, Kenya
About this site     Contact us