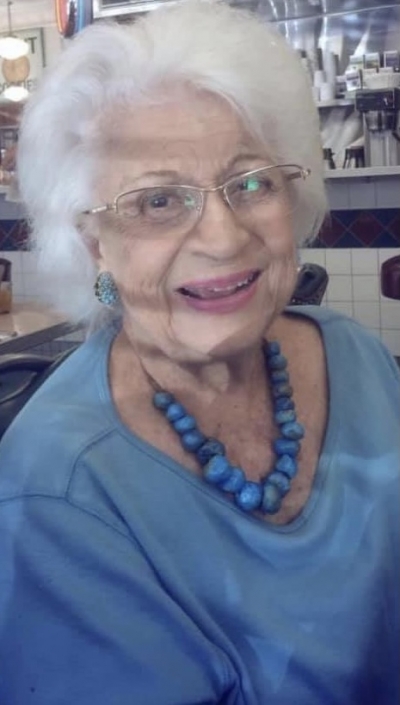 Cathy Frances Latterell, a Palo Alto, CA resident of 51 years, passed away at the age of 94 at her home from a lengthy illness on March 28, 2021. Cathy was born on June 30, 1926 at Mary's Help Hospital in San Francisco to Clark Matthew and Frances Ann Franklin.

Cathy and her older brother, Dave, were raised in The City, Marin County and the San Joaquin Valley. Upon graduation from Madera High School, Cathy returned to San Francisco. She then attended Munson' Business School and began work at American President Lines and Weyerhauser Steamship Line. At that time, her father had a portrait studio on Clement St. in San Francisco. She and her parents were parishioners of Star of the Sea Catholic Church.

On January 1, 1951, Cathy had her first date with Phil Latterell and on August 18, 1951 they were married at Star of the Sea Church. That year, Phil began his 30 year career with Shell Oil in Marketing, which led for them to live in various locations in California. They bought their first home in Orinda, CA where Cathy was President of the Orinda Democratic Club. Despite the fact that Phil was a Republican, he reluctantly escorted Cathy ringing doorbells for Adlai Stevenson in the Presidential Election of 1956.

In 1959, their son, Clark, was born followed in 1963 by the birth of their daughter, Gail. In 1965, Phil was transferred to Sacramento and they made their home in Carmichael, CA for the next five years. In 1970, another transfer came along and their residence on Dana Avenue has been home ever since. Cathy resumed her career. She was worked for Saga Corporation at Channing House before transferring to their Executive Offices in Menlo Park as an Executive Assistant. After Saga was purchased by Marriott, she retired from the Marriott Corporation in 1991.

Having a son and daughter active in the Palo Alto Children's Theatre, Cathy was President of Friends of the Palo Alto Children's Theatre for two years as well as a member of the early Standing Arts Committee of Palo Alto. In addition, she also sang for many years in the choir at St. Albert the Great Catholic Church. Much to Phil's delight, Cathy became a registered Republican and political arguments ceased.

In November 1991, Cathy and Phil's oldest granddaughter, Dana Alexis Latterell, was born. Cathy commenced day care for her and her sister, Lauren Shelby Latterell, who was born in April 1993. In June 2003, their first grandson, Jesse Ross Latterell, was born followed in December 2004 by his brother, John Paul Latterell.

Throughout the years, Dana and Lauren attended Duveneck, Jordan and Paly and where there to provide great company and happiness to their "Nana" when Cathy lost her beloved husband, Phil, to cancer in February 2006. Cathy always enjoyed the car pools to and from school, working at "Young Fives", driving to and from dances and entertaining their friends.

Cathy always loved having the friends of her children and grandchildren at her home. Her love of playing the piano, wonderful soprano voice and great sense of humor were some of the qualities that she was known for. She said that she was blessed by wonderful friends and neighbors whom she knew where always there for her. As a friend of Bill W, she was a role model and inspiration to others who were looking for a different way of life.

Photo Gallery
0 photos Upload a photo
Remembrances
0 entries Submit a remembrance
Memorial service
Due to COVID, a Celebration of Life for Cathy will be held at a later date. Those interested in details can contact the family.
Make a donation
Being that Cathy was a breast cancer survivor, in lieu of flowers, the family would prefer for donations to be made to the Susan B Komen Breast Cancer Foundation.
About this site     Contact us