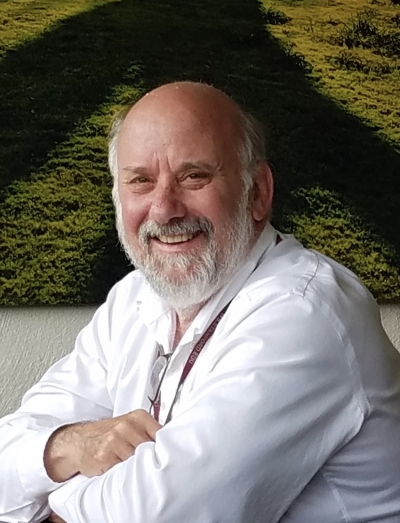 Christopher Lundin passed away unexpectedly in the early morning of June 4th at his home in Palo Alto. Born in San Francisco in 1952 as an early Christmas gift to his parents, Walter Crocker and Alice Ferrera Lundin, Chris was the first of five children and gracefully performed the role of big brother until he died. He attended Our Lady of the Rosary School, Wilbur Junior High School, Cubberley High School, Foothill College, and earned a B.S. in Business from Notre Dame de Namur University.

Chris met his wife, Nora, at Our Lady of the Rosary Church and they were wed two years later on August 17, 1974. Married for almost forty six years, they raised three beautiful daughters. He was a devoted grandfather to his five grandchildren and loved spending time with them.

Chris dedicated more than half a century to the St. Thomas Aquinas Catholic Parish, first as an altar server at Our Lady of the Rosary Church (OLR), then playing guitar and piano in their folk group, and eventually becoming a Music Director for the parish. He served six years on the diocesan Liturgical Commission and was awarded the Benedictus Award. He chaired various groups within the parish, including the Liturgy Board, Pastoral Council, Communications Group and the Human Concerns Committee. He was always there to lend a hand within the parish.

His work life included ten years at Southern Pacific Railroad in San Francisco and thirty-four years at Stanford University in various capacities in the IT department. He retired in December 2019, hoping to do some travelling with his wife. He rode his bike, 10 miles a day, to and from Stanford, rain or shine. He was proud to be a part of the Stanford community and loved working there. Chris participated in lunchtime volleyball and was on his department’s softball team, The Great Bauds, for many years. In 2002, he was humbled but very proud to be awarded the Amy J. Blue Award, a prestigious award that “honors staff members who are exceptionally dedicated, supportive of colleagues and passionate about their work.” According to many people he worked with, this was Chris to a T. He continued working with the Amy J. Blue election committee even after he retired.

One of his many passions was volunteering to support peace and justice through organizations such as Peninsula Interfaith Action (PIA) and Multi-faith Voices for Peace and Justice (MVPJ). He was planning on continuing with MVPJ in retirement, once his health improved.

Music was the language through which Chris showed his love. He found every opportunity to play music with others, including singing Christmas carols at San Jose Juvenile Hall, providing music for St. Elizabeth Seton School and mentoring young musicians and singers at his regular Sunday Masses. In 1984, he and a group of friends started the All Name No Star Band, playing rock-n-roll oldies for 20+ years.

Chris was a lover of all things outdoors. He backpacked in the Sierra, camped with his family and church, and helped plan an annual 4th of July bike ride from Palo Alto to the beach with his Stanford colleagues. He found joy in bringing greenery into his home as well as his workplace. He spent family vacations in Hawaii, Pinecrest Lake and Kennedy Meadows and was happy to finally have travelled with Nora to Ireland and the Formazza Valley in Italy, his ancestral home. 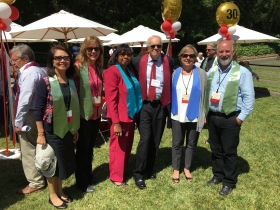 Remembrances
18 entries Submit a remembrance
From Carolyne Wong
June 20, 2020
I am so saddened to hear of your loss. I will so miss Chris' quiet head nods or shakes to instruct the tech team during Seton mass. He was truly a kind and gentle man. My thoughts and prayers are with you all. xxx
Memorial service
A funeral Mass is planned for June 20, 2020 at 10:30am and will be streamed online. A link will be provided soon on www.paloaltocatholic.net. Private interment will be the same day at Gate of Heaven cemetery in Los Altos.
Make a donation
In lieu of flowers, donations may be made in his honor to St. Elizabeth Seton School, 1095 Channing Ave., Palo Alto, CA 94301 or Multifaith Voices for Peace and Justice, c/o First Presbyterian Church Palo Alto, 1140 Cowper Street, Palo Alto, CA 94301.
About this site     Contact us