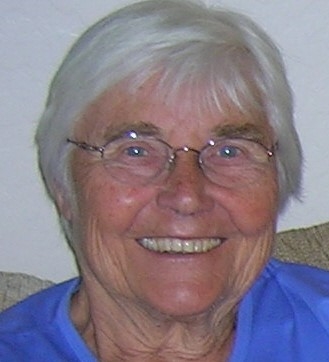 Darla Marlene Tupper had her 85th birthday January 27, 2021. She slipped away February 2. Loving memories of Darla's life, of her family and friends, surround her. She passed away after declining months and days living at the Silverado Memory Care Community of Belmont Hills.

Darla is survived by Ruthe Tyson, who shared their Menlo Park home for 45 years and their Lake Tahoe home for 53 years. Darla is survived by her sister Marvina Lepianka and her brother David Tupper. The three of them shared so much throughout their whole lives. Darla is also survived by her niece Julie and Julie's son John and her niece Cathy and Cathy's son Nicholas, as well as Marvina’s husband Chuck Jaffee and David’s wife Imelda Young. Darla joins her parents Marvin and Val Tupper, to whom she showed so much loving devotion.

Darla graduated from Palo Alto High School and San Jose State University, plus post-grad courses at Stanford. She came up through the system as a teacher and a principal in the Menlo Park and Los Altos School districts, where she was much known for her leadership, awareness, and compassion. She was all about the kids, the kids, the kids in so many ways.

In so much of what she did, you could see Darla the teacher, Darla the leader. This model person was a nice person: generous, thoughtful, and caring for others; fair and positive; engaging, energetic, and interested; understanding and patient.

As a donation in the name of Darla Tupper, consider giving to Hidden Villa at 26870 Moody Road, Los Altos Hills, CA, 94022 (or click “Donate” at “hiddenvilla.org”). Consider, with so many people, thinking fondly and appreciatively of the long, good life of Darla Tupper. A “Celebration of Life” will be arranged at some future time.

Photo Gallery
0 photos Upload a photo
Remembrances
0 entries Submit a remembrance
Memorial service
A “Celebration of Life” will be arranged at some future time.
Make a donation
As a donation in the name of Darla Tupper, consider giving to Hidden Villa at 26870 Moody Road, Los Altos Hills, CA, 94022 (or click “Donate” at “hiddenvilla.org”).
About this site     Contact us