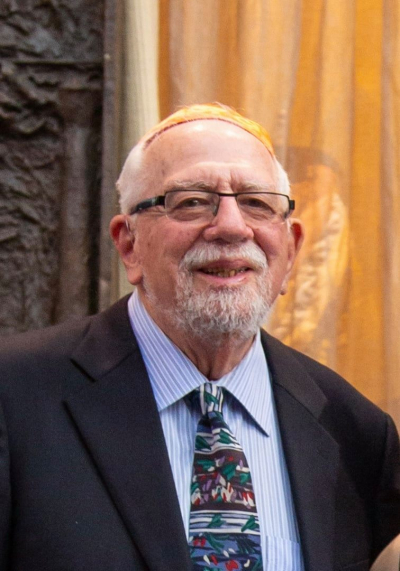 Anyone who knew Don is aware of his keen intelligence. At the age of 16, he left home to attend college at the University of Wisconsin - Madison. He earned his master’s degree at MIT and then returned to UW for his Ph.D. He eventually moved to Iowa City to teach at the University of Iowa in the Department of Electrical Engineering and, in 1979, left academia to work at Ford Aerospace. He ended his career at Lockheed Martin, where he won numerous awards for his work.

An avid bridge player, he had over 300 master points and was an NABC Master and close to making Life Master. He met his wife, Rachel, over a lunchtime bridge table. More recently, one of his greatest joys upon moving to The Avant senior living community in Palo Alto was the opportunity to continue playing duplicate bridge. The ability to move play online was a source of considerable comfort during the pandemic.

Don traveled extensively with his family. When he had the opportunity to spend a year working at the Western Australia Institute of Technology in Perth, Australia in 1976, he jumped at it. Thus began a lifelong love of traveling around the world. Don and Rachel cruised regularly, often bringing their children with them. Their love of travel extended to their children and grandchildren.

Don’s interests also included tennis, which he played throughout his life, and photography. A philanthropist, he was an avid supporter of the performing and the visual arts as well as education. But he counted among his greatest successes watching his children grow and thrive, and then his grandchildren doing the same.

He will be deeply missed.

Photo Gallery
0 photos Upload a photo
Remembrances
0 entries Submit a remembrance
Memorial service
Memorial services will be held at Temple B’rith Kodesh in Rochester, New York, Dec. 12 at 1 p.m. and will be available via Zoom. Please email [email protected] for details.
Make a donation
In his honor, a donation to the Alzheimer’s Association or another charity is most welcome.
About this site     Contact us