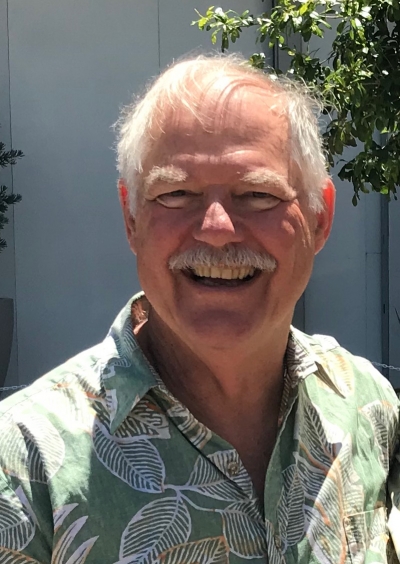 Douglas Alden “Doug” Karlson of Palo Alto passed away on January 1, 2020 at age 71. Born in Minneapolis, he attended Phillips Andover Academy in Massachusetts before matriculating to Stanford University where he earned a B.S. and M.S. in Mechanical Engineering. After finishing his studies Doug settled permanently in California and established a long career as a manufacturing and supply chain manager in the Bay Area.

Doug found joy in nature and the outdoors, in the Bay Area’s food and wine culture, in travel to Europe and Asia, and in the community at Stanford Memorial Church. He was a member of the Stanford Rowing team and reconnected with the sport later in life through the Bair Island Aquatic Center in Redwood City, where he served as a board member, president, and treasurer.

Rebecca, his wife of 41 years, predeceased him in 2010. He is survived by his daughter Sarah Karlson of Seattle, son Doug Karlson of Morgan Hill, and partner Nancy Radcliffe of Redwood City.

A memorial service will be held at 4:00pm on Monday, February 3rd at Stanford Memorial Church.

Photo Gallery
0 photos Upload a photo
Remembrances
0 entries Submit a remembrance
Memorial service
A memorial service will be held at 4:00pm on Monday, February 3rd at Stanford Memorial Church.
Make a donation
In lieu of flowers, his family gratefully suggests that donations in Doug’s memory be made to the Stanford Fund for Undergraduate Education or to Rebuilding Together Peninsula.
About this site     Contact us