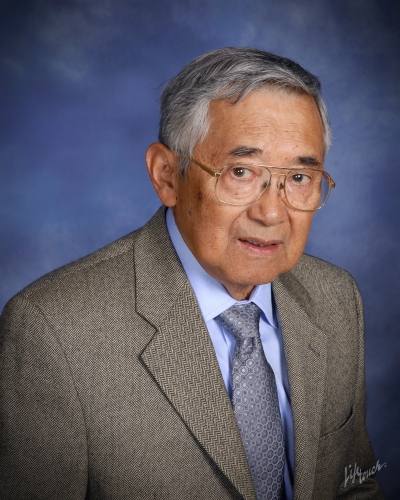 Dr. Kiyoto Arakawa was born on December 4, 1932 and passed away peacefully in his sleep at home on December 11, 2020, while battling cancer and COPD (chronic obstructive pulmonary disease).

Although Kiyoto (Kiyo) spent most of his adult life on the mid-peninsula, he was born in Fresno, California during the Great Depression to immigrant parents from Japan. Kiyo grew up on his family’s grape ranch that was built on land homesteaded by his father. He spent most of his childhood in the shadow of the Sierras where he developed a deep love of nature. Fresno was home except for four years spent in internment camps during WWII. After returning from being interned and upon graduating from Washington Union High School in Fresno, he entered UC Berkeley where he met Jeanette Omi, who was to become his wife of 64 years. They were married the year Kiyo graduated from UCSF Dental School. Kiyo then fulfilled his military obligation as a dentist at March Air Force Base in Riverside, California. Upon completion, Kiyo and Jeanette chose to settle in Palo Alto, California because it was “halfway” between Fresno and San Francisco (Jeanette’s hometown). It was their good fortune that Dr. George Hiura, a well-established Palo Alto dentist, was looking for an associate to share his practice and asked Kiyo to join. He accepted and established a family practice where he felt privileged to treat multiple generations for 45 years. He often expressed gratitude that his life was enriched by having had the opportunity to treat some of the nicest people one could ever hope to meet. When he wasn’t “drilling and filling,” he spent a fair amount of time pursuing fish and golf balls, and following the Giants, Niners and Warriors. But Kiyo always made time for his two sons, Douglas and Aaron, and their various activities: baseball, rocket-building and launching, and their many musical interests. He also made time for the Palo Alto Buddhist Temple (PABT) where he was Board President a record five times. Kiyo’s love of nature inspired family camping in the Sierras and touring national parks. Upon retirement, his farming roots became more prominent as evidenced by his devotion to maintaining his bonsai and succulent collections. He also put his handyman skills to use at PABT and with friends’ home projects.

Kiyo, who was the youngest of nine, was predeceased by his parents and all his siblings. He is survived by his wife Jeanette, sons Douglas and Aaron, granddaughter Skylar, and many nieces and nephews. On December 23, 2020, guided by extant Covid-19 regulations, the family with a few relatives met privately to remember Kiyo and witness his inurnment into his outdoor niche at Alta Mesa Memorial Park in Palo Alto.

His family is deeply grateful for the many messages and gestures of comfort and support it received. The following is one such message that was shared at the gathering:

“Even if we know that all and everything changes,

When our important person passes, we are saddened,

Remembering and contemplating on a special relationship

That was built with that person.

In our world of impermanence, we are, once again,

Being guided to seek permanent unhindered, and true life.

No doubt, Dr. Arakawa has now returned to a realm

Of pure and permanent peace, and continues, as before his passing,

Works to better the world in his kind and masterful ways.”