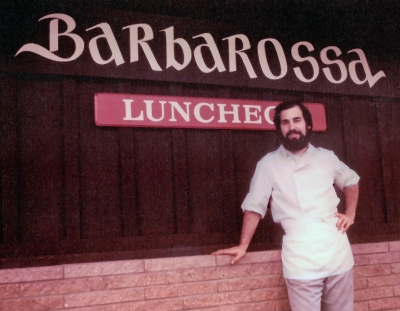 Gary Oliver Maffia, age 68, passed away peacefully on Tuesday April 6, 2021 while surrounded by family in Redding, California. Those who knew Gary will remember him for his larger than life personality, sense of humor and delicious food.

Growing up in Redwood City, Gary loved playing baseball and was an outstanding young athlete. After graduating from Sequoia High School, Gary discovered a passion in the culinary arts and pursued an education in European Cuisine. At the young age of 21, he opened Barbarossa European Restaurant in Atherton, CA as the chef and co-owner. For 25 years, local patrons celebrated Barbarossa as a regional favorite offering a fine dining experience. As the chef and owner, Gary received several prestigious awards including Mobile Four Stars and Chefs of America recognition in 1988. Although extremely busy, Gary always found time to coach his sons' baseball teams for many years. He took coaching to the next level by organizing weekend campouts, whiffle ball tournaments, and frequent backyard BBQs.

Later in his career, Gary opened a Olivio’s European Bistro in Belmont, CA where he served continental cuisine in a more casual atmosphere. Oftentimes, you would find Gary mingling amidst the tables sharing old stories, jokes or a recipe. His gregarious nature, soul filled laugh, and engaging personality delighted friends and patrons over the years.

In 2011, Gary retired to the Mt Lassen foothills where he enjoyed golfing, fishing and sharing his recipes with family. He is survived by brother Ron (Dorene), sons Anthony (Brittany) and Michael (Vanessa), and grandchildren Mariana, Lucas, and Daniela.

Photo Gallery
0 photos Upload a photo
Remembrances
4 entries Submit a remembrance
From Georgia Baba
May 17, 2021
Great food; fabulous hospitality; great times. Thank you my friend. You are missed
About this site     Contact us