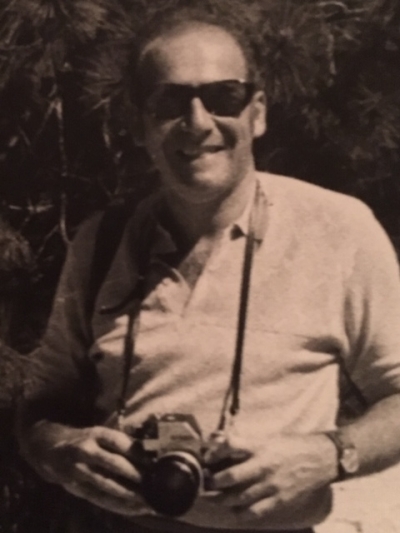 It is with heavy hearts that the children of Gilbert L. Draper announce his passing on March 12, 2019, at the age of 90. Gil was a remarkable, self-made man, who came a long way from his humble beginnings in Brooklyn, N.Y. Gil was born Gilbert Laurance Dropkin, the only son to Minna and Buff Dropkin. He lived with his parents through his college years. His favorite past time was playing his saxophone which he practiced in his parents apartment basement for hours at a time. He met and married Terry Rudolph in 1953 and had his first child the following year. Gil was offered a good job, working in his father-in-law's real estate business, but declined. Craving independence and adventure, Gil moved his new family to California where he took to the road as a traveling salesman.

A passionate man, Gil enjoyed life's big and little pleasures. He played saxophone and clarinet with various bands, including a steady gig at the Lamp Light in Sunnyvale. Gil spent as much time as he could outdoors with his camera photographing the world around him. An artist in every sense, he fine tuned his skill by reading, studying and participating in workshops and local photography clubs, winning many awards for his efforts. Weekend trips with his family exploring the northern California coast, to the hills of Yosemite were subjects of his enthusiasm. A meal with Gil was never just a meal, it was sensory indulgence.

As his family grew, Gil sought greater happiness in his choice of career. Combining his knowledge of sales with his love of music, he opened Draper's Music Center on California Ave. in Palo Alto in 1966. The music store quickly became a sanctuary for area musicians. In addition to selling instruments Gil served the greater community by supplying and donating band equipment to schools, providing much needed studio rental space and created a happening place for people to "talk music" with his staff of experienced musicians.

Gil touched people in so many ways; through his art, as a teacher, employer, parent and mentor. To see the world through Gil's eyes was to see life's beauty and embrace all its possibilities. He will be missed.

Gil is survived by his children; Anne Wernick and husband Dean (Ike) Eichelberger, Ruth Draper and husband Chris Rickets and Dean Draper; his grandchildren; Aaron Wernick, Kyle Rickets and Miles and Denver Draper; and his two dogs, Lady and Sunny.

In lieu of gifts, the family asks that donations be made to the ASPCA or animal shelter of your choice.

Photo Gallery
0 photos Upload a photo
Remembrances
2 entries Submit a remembrance
From jim sullivan
March 22, 2019
Thanks for putting up w me and my knucklehead friends in Palo Alto way back when. In spite of our shenanigans, you kept a sense of humor that baffled us at the time, 50 yrs later,I now get it. Jimmy
About this site     Contact us