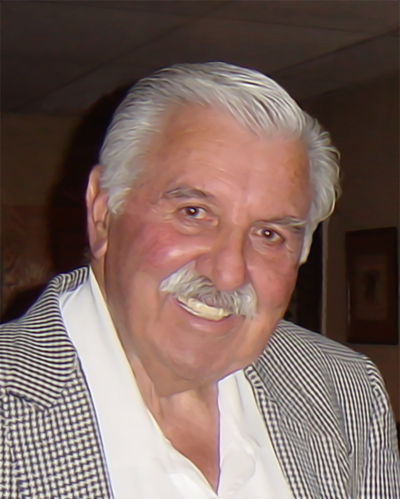 Harry Haralambos Vasilakos passed from this world on the afternoon of November 23, 2022, at his home in Redwood City, California. He was 91 years old, and he lived a life full of love, celebration, hard work and spirited mischief.

Harry was born in San Francisco in 1931, to his father Spiros Vasilakos and mother Sotiria Fouyias, who had both lived in Corinthia, Greece before immigrating to the United States. In 1933 the family moved to the countryside, buying farmland in Menlo Park. Harry attended Las Lomitas and Sequoia schools, along with his siblings Theofana, Panayiotis and Maria. Drive-ins and drag racing were the pastimes of the day, and Harry managed to set the local field on fire one time, but the fire department saved the day and Cutie the Cow was unharmed.

Luckily for Harry, he soon met his future wife Diane Marcroft at the urging of a mutual friend. It was love at first sight, and Harry and Diane were married on New Year’s Eve 1951. Over the course of 71 years together, they raised a wonderful family including four children, Kristina, Kathleen, Spiros and Vicki, nine grandchildren and seven great-grandchildren so far.

A talented builder and industrious worker, Harry became a general contractor and built more than two dozen custom homes in Menlo Park and Redwood City, including those on the street that bears the family name. He worked in the local construction industry throughout his life, at Peninsula Building Materials and CAP Concrete. As a driver for CAP, Harry poured the foundations for many iconic Silicon Valley companies and Stanford University Hospital.

An avid waterskier, Harry could be found most summers driving his beloved Chris Craft ‘Athena’ around the Delta, Clear Lake, Berryessa, Shasta and more. He and Diane loved to travel all across the West in their motorhome, leaving a trail of great friends and memories wherever they went. Passionate 49ers fans, they held season tickets for many years and still miss Kezar and the Stick. The couple loved to entertain, and their Greek Easter parties were legendary for their generous table, warm hospitality and all-night revelry.

During his long life, Harry touched the lives of so many in the Bay Area, and we are all better off for having known him.