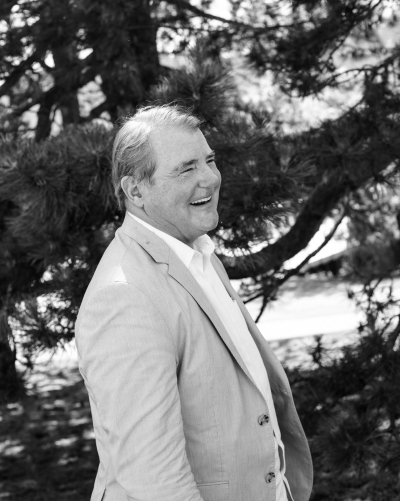 Henry Dure Bullock of Palo Alto passed unexpectedly in his sleep on July 9, 2019. He lived his life to the fullest, building a successful commercial real estate company, prioritizing his family and friends, traveling the world, and always ready to celebrate with a glass of wine.

He started his career in San Francisco with Wells Fargo Bank, where he met the mother of his children, Terri. He directed the Northern California commercial mortgage banking operations of Security Pacific Corporation, and worked his way up to become a Managing Partner at the Shidler Group.

In 1994, Henry founded Menlo Equities along with his partner, Rick Holmstrom. Henry focused on strategic planning, known for his ability to distill macroeconomic data into useful insights about commercial real estate investment opportunities. Their first investment was 20525 Mariani Drive, Apple’s original headquarters. Since then, they have acquired or developed 116 properties with total value of approximately $4.5 billion. In addition to boasting impressive returns, Henry worked hard to create a rigorous work environment. Henry shaped his employees’ investment skills through his high expectations, probing questions and dedication to thorough quantitative analyses.

Despite his intense commitment to his career, he knew that there are more important things in life. He prioritized his family, teaching his kids to focus on the big decisions that determine one’s happiness in life, and to build the life they wanted for themselves, and not wait for that life to manifest without effort. He lived up to this, spending his time in a way that made him happy. He loved a nice glass of Bordeaux, and was known for his Christmas-party eggnog and air-guitar dance moves. He would call often when his family or friends were thinking through a big decision, to lend an ear, or offer his advice. He loved his family and his friends deeply. He loved to talk, and to tell stories to connect with people.

He will be missed and remembered by his family, friends, and the real estate community. He is survived by his companion Sonia, son Benjamin (Christina), daughter Christine (Brian), grandson Brooks, mother Mary, siblings Page, Sarah, and Madelene, and the mother of his children, Terri.

Photo Gallery
0 photos Upload a photo
Remembrances
3 entries Submit a remembrance
From Liz Gates Petrunis
Aug. 4, 2019
As a second cousin to Henry, I have fond memories of hanging out with him on his family visits to the New Jersey beaches. So sorry for the loss of a great person.
About this site     Contact us