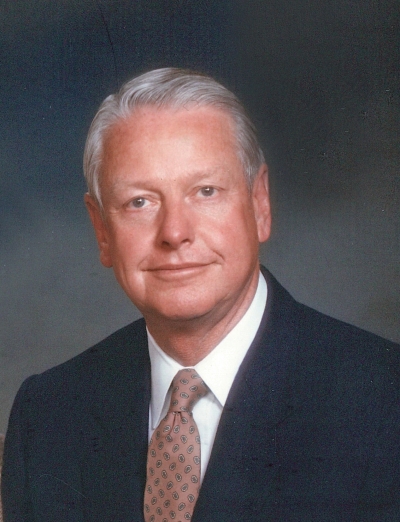 Jack Robert Wheatley passed away peacefully Saturday, October 31, 2020 at his home in Salt Lake City, Utah after a fruitful life spent in service to his family, church, and community.

Born on January 31, 1928 to Michael Wheatley and Maude Agnes Norton at Robin, Idaho, Jack grew up on the family farm with four older siblings where he learned to work hard and be productive. His early education was in a two-room country schoolhouse, followed by his graduation from Pocatello High School and after one year at Idaho State University he received an appointment to the U.S. Military Academy.

West Point was a turning point in his life as he added discipline to enhance his natural talents and skills. He inculcated the academy’s motto of duty, honor and country into his life’s mission. During his cadet years, he met his eternal companion, Mary Lois Sharp at the New York City Manhattan Ward of The Church of Jesus Christ of Latter-day Saints. If opposite personalities and talents can combine to create something great, this was the result of the union of Jack and Mary Lois. Jack often commented that many of his greatest accomplishments were a result of Mary Lois’ influence on his life. They were married in 1952 in the Salt Lake Temple after Jack spent 18 months in the Korean War as a combat engineer. Their married life started in Virginia and Missouri as Jack completed his military service and then he commenced a construction career in Salt Lake City, Utah.

In 1956, the young couple moved to Palo Alto, California to found the first of several construction and real estate development companies and to raise their growing family. Jack’s work ethic and engineering know-how led to business success. He built homes, subdivisions, apartments, condominiums, schools, churches, shopping centers, hospitals, office complexes, civic buildings, university buildings and the Oakland Temple of The Church of Jesus Christ of Latter-day Saints. He gave back to his community as he served in many church positions such as bishop and stake presidency counselor and as a city councilman, mayor and in other civic positions.

Another turning point in his life occurred in 1978 as Jack and Mary Lois were called to preside over the Denver Colorado Mission of The Church of Jesus Christ of Latter-day Saints. Giving three years of service as a missionary further focused his efforts on serving his family and fellowmen. After returning from his mission, he continued to spread the gospel of Jesus Christ and to turn his business acumen to philanthropic efforts centered around giving others the opportunities to learn and succeed in life. Brigham Young University in Provo, Idaho and Hawaii, Idaho State, BYU Pathway and many other charitable causes became the settings where he could improve the lives of many others. In 1989, Jack and Mary Lois again embarked on full-time missionary service, this time in Portugal. After this mission, Jack and Mary Lois moved in 1992 to one of their favorite places, Carmel, California to enjoy its natural beauty and to provide a place for their family to gather. As his wife’s health declined, in 2010 they moved to Salt Lake City to be closer to family.

Jack never seemed to run out of energy to do good. Despite his busy life, he always had time for his family. His relaxation was not rest or leisure, but just turning his focus on something different where he could contribute his efforts. As a family, we enjoyed many fun vacations and teaching moments as Jack traveled with his children and grandchildren. He had high expectations for his family and taught his children, grandchildren and great grandchildren to seek after eternal things by his example and unwavering faith in the Lord Jesus Christ. His great legacy is a productive posterity. Jack is survived by his children John (Diane), Victoria Schmidt (Jeff), Elizabeth Lambert (Scott), Robert (Lisa), Charles (Shauna) and Mary Margaret McQuinn (Tony), by 34 grandchildren and 59 great grandchildren. He is also survived by his brother Lester Wheatley. He is preceded in death by his wife, Mary Lois, three siblings and by two great grandchildren. We are so grateful for his loyal and great caregiver, Vicky Booth who dedicated eleven years of her life in keeping our parents comfortable in their later life. Although we will greatly miss our Father’s love and faithful example, we are very grateful to have had his influence in our lives. There is, no doubt, great joy in heaven as he is now reunited with our mother and so many of his friends and family.

Because of the pandemic, we will not have a conventional viewing and funeral. The family plans to celebrate his life in a limited, private family funeral and graveside service on Friday, November 13th. The extended family and friends are welcome to share their memories, photos and thoughts of Jack at www.larkinmortuary.com. In lieu of flowers, please consider donating to Inspiring Learning at BYU, BYU Pathway Worldwide or a charity of your choice.

Photo Gallery
0 photos Upload a photo
Remembrances
0 entries Submit a remembrance
Memorial service
The family plans to celebrate his life in a limited, private family funeral and graveside service on Friday, November 13th. The extended family and friends are welcome to share their memories, photos and thoughts of Jack at www.larkinmortuary.com.
Make a donation
In lieu of flowers, please consider donating to Inspiring Learning at BYU, BYU Pathway Worldwide or a charity of your choice.
About this site     Contact us