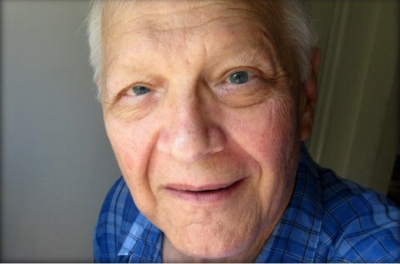 John Michael Jakubiak, 85, a 50-year resident of Palo Alto, died June 14, 2020. He was born Sept. 23, 1934 in New Kensington, PA. John had no biological children but was an amazing step-father. After graduating with a Masters degree in philosophy from the University of Munich, Germany, he spent several years exploring Europe before making his home in Palo Alto, where he eventually met the love of his life Shirley Powers. He was a brilliant and multi-faceted craftsman, artist, writer, builder and opera singer. He made and sold stunning jewelry, created sculpture out of stone, wood and gems, and took gorgeous photographs of nature in all of the places he loved to hike and kayak with his one true love. He wrote powerful poetry with an emphasis on understanding the deepest questions in life. In addition he could build anything from bookshelves to entire rooms from scratch. Irreverent and charming he never failed to amuse people with his sense of humor and stories, which were always told with a twinkle in his lake-blue eyes.He was an incredible grandfather who was always filled with love, hugs and smiles. Becoming a "Papa" brought out the child in him and he and his grandson, Ryan, had many adventures building their own bows and arrows, constructing tree-houses and lemonade stands, and even a mini-golf course in the backyard. As the years went by their relationship changed as Ryan became his tech guru and chauffeur. John was a much beloved man who will be forever missed.

He is survived by his life partner of 42 years, Shirley Powers of Palo Alto, Calif.; his daughter, Erin Powers of Menlo Park; his grandson Ryan Gruschka-Powers also of Menlo Park; and four siblings.