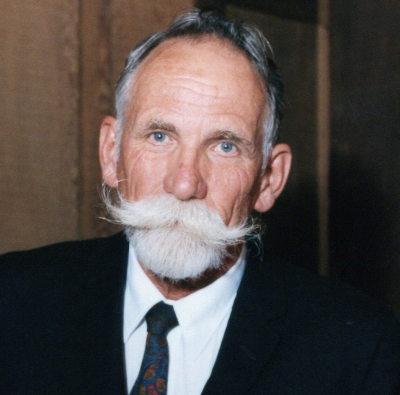 Joe earned his Mechanical Engineer degree from San Jose State. He then spent the next 42 years working for Jennings in San Jose. He continued to contract with them for another 10 years.

Joe loved to tinker and work on his 1926 Model T Ford which he acquired when he was in Jr. High School and still owned.

As an avid hunter, Joe’s love of hunting brought him every year to the Bob Marshall Wilderness in Montana during his vacations. After retiring, he and his wife Alice moved to Saint Ignatius, Montana.

He was preceded in death by his sister Eldora Miller.

Joe is survived by his wife Alice of 59 years, two sons, Carl of Santa Rosa, CA and Christoph of Sacramento, CA as well as two grandchildren, Dr. Taylor Oeschger-Palmer of Seattle, WA and Ian Oeschger of Sacramento, CA.

Photo Gallery
0 photos Upload a photo
Remembrances
0 entries Submit a remembrance
Memorial service
Funeral services for Joe will be private by the family. Memories and condolences may be sent to the family at www.shriderthompson.com. Arrangements are under the care of Shrider – Thompson Funeral Home.
About this site     Contact us