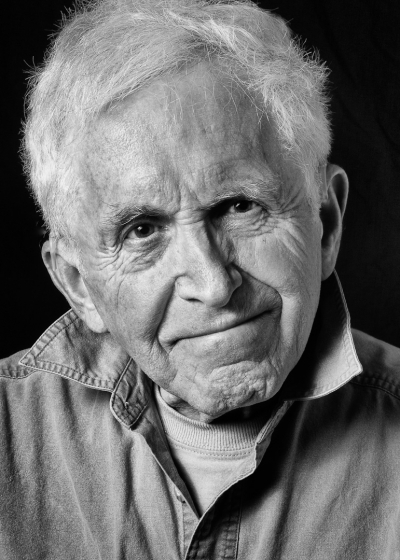 Joseph Lawrence Naiman (Laurie) was born in Toronto, Canada, the youngest son of Max and Ida Naiman. He attended Harbord Collegiate Institute and the University of Toronto, earning his medical degree in 1956. He trained in pediatric hematology-oncology at Boston Children’s Hospital (Harvard Medical School). He then moved to Philadelphia, working at the University of Pennsylvania before being appointed professor of pediatrics at Temple University School of Medicine and chief of hematology-oncology at St. Christopher’s Hospital for Children. He became known for his dedication to research and teaching and for his compassionate clinical care. His proudest accomplishment was the development of a family support program for children with leukemia and cancer. He was also instrumental in the establishment of the Ronald MacDonald House Charities. In 1984 Laurie moved to California where he served as medical director of the Northern California Region of the American Red Cross Blood Services and as clinical professor of pediatrics, Lucile Packard Children’s Hospital, Stanford University School of Medicine.

Laurie received numerous professional honors and authored more than 70 medical publications, most notably three editions of the textbook Hematologic Problems of the Newborn with co-author Frank A. Oski, MD.

Always an active photographer, he was a member of the Palo Alto Camera Club. He developed the club’s first website and was elected as the club’s president. Laurie was inspired by club members and, in turn, mentored and inspired others. His work received a number of awards, including two first-place awards in contests sponsored by the Palo Alto Weekly (2002 and 2019).

Laurie also enjoyed cooking, hiking, exploring Death Valley, and visiting family. He is fondly remembered for his keen sense of humor and generous spirit. A Celebration of Life will be held by the Palo Alto Camera Club at the Palo Alto Art Center on September 22, 2019, from 2 - 4 pm. Donations in his memory may be made to the Let Them Hear Foundation, the Palo Alto Camera Club, and the Pathways Hospice program.

Photo Gallery
0 photos Upload a photo
Remembrances
2 entries Submit a remembrance
From Terence O'Heany MD
Nov. 3, 2019
Laurie will always be remembered by the class of University of Toronto Meds 5T6. He was our Website Master who kept our class informed about about all members of the class as time passed. He was a true Mensch in his Pediatric Oncology field and used ...
Read more
Memorial service
A Celebration of Life will be held by the Palo Alto Camera Club at the Palo Alto Art Center on September 22, 2019, from 2 - 4 pm.
Make a donation
Donations in his memory may be made to the Let Them Hear Foundation, the Palo Alto Camera Club, and the Pathways Hospice program. Let Them Hear Foundation —> http://letthemhear.org Palo Alto Camera Club —> https://www.pacamera.com Pathways Hospice —> https://www.pathwayshealth.org
About this site     Contact us