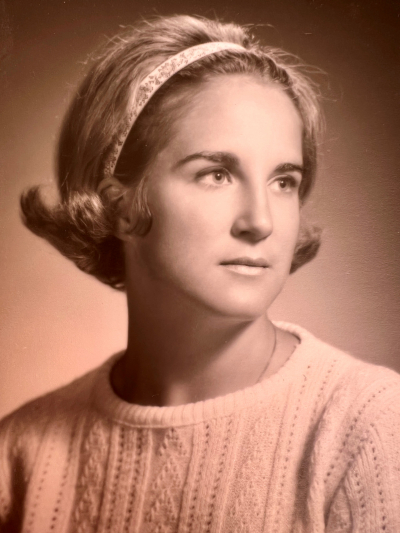 Kathryn was born in Seattle, Washington on March 17, 1947 to Paul J. Lentz and Faith H. Lentz. Soon after, they moved to California where her father attended Stanford University. She was followed by her brothers Paul and Eugene. Kathryn’s childhood was spent in several cities, from Palo Alto to Seattle, Portland, Spokane, Dallas and finally returning to northern California where she attended her beloved Stanford, earning a B.A. in Sociology. Perhaps this is what provoked her lifelong interest in visiting new places. Kathryn held a Master’s degree in Library Science from San Jose State University and was an avid reader all her life. Early in her career, she was a children’s Librarian and her interest in all things and all places led to a life of learning and extensive traveling around the world.

She was a devoted wife to Roger Damon Cox for 25 years and a loving mother to two daughters born in Dallas, where she lived and worked for more than 20 years. She was an inaugural member of the Stanford Women’s Golf Team and continued playing with friends and colleagues throughout her career in pension fund management for the Dallas Police and Fire Departments.

Always supportive of her children’s talents and pursuits, she tirelessly volunteered as a softball coach, choir trip chaperone and marching band booster. In 2000 she returned to Northern California to be closer to her parents who were in declining health. Throughout her life, she volunteered to help children in need, including humanitarian missions to Ethiopia with Menlo Park Presbyterian Church. She loved classical music, flower gardening, and searching for sand dollars on long walks near her family home on the beaches of Monterey Bay.

Kathryn is survived by her daughters, Kelly Lynn Cox and Tracy Erin Cox, Tracy’s partner Rachel, and her two brothers Paul and Eugene Lentz and their families. Above all else, she cherished her daughters and was an incredibly dedicated and loving mother. All of them were truly blessed to have each other. Kathryn lived a full life and will be dearly missed by everyone whose life she touched.

A Memorial Service will be held Monday, August 8, 11:00am at Menlo Park Presbyterian Church, 950 Santa Cruz Ave, Menlo Park, followed by a brief reception in the Fellowship Hall. The service will feature special music by internationally-acclaimed organist Eric Choate. For flowers, please send them directly to the church, thank you.