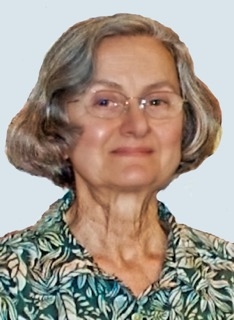 Marcia (Proctor) Fein was born April 4, 1944 in Lexington Kentucky to Roy and Josephine Proctor, and grew up in Georgia.

She received her BA in History from Duke University and an MA in Anthropology, University of Illinois. Marcie later continued her education with studies in Public Administration at University of Toledo and Business Management at UC Berkeley.

It was during her time at the University of Illinois that she met the love of her life, Michael Fein. Marcie and Michael were married in January 1969 sharing many wonderful years together until Michael’s death from cancer in November of 2000. Marcie’s career focused on advocating for housing access and fairness, and her work in that arena will make a difference in the lives of low-income individuals for many years to come.

After moving to Mountain View in 1979, Marcie continued her work in the fair housing sector at several non-profits. Marcie may be best known locally for her work in the early 80’s as Director of Midpeninsula Citizens for Fair Housing. In1991, she became the first Director of the Affordable Housing Network of Santa Clara County, where she played a critical role in developing this non-profit organization that works to preserve and expand the supply of housing affordable to low-income people in Santa Clara County. In addition to her roles with these and other non-profits, Marcie’s contributions had wide-reach over the years as she consulted with numerous government and non-profit organizations throughout California to help them initiate and develop fair housing programs.

Marcie also served the City of Mountain View as a volunteer mediator in the City’s Rental Housing Mediation Program for 1980-1984.

Her advocacy work also prompted a strong interest in local politics. Though she never ran for office herself, she was always engaged in supporting local candidates and in particular, played a key role in 80’s and 90’s campaigns to elect Marcie Freelan and Nancy Noe to Mountain View City Council.

Though she generally took politics seriously, she had a good sense of humor and was a big fan of the Capital Steps and the San Francisco Mime Troupe. Marcie’s personal interests also included a wide variety of music, and especially female artists like Cris Williamson and Holly Near.

Marcie found peace and relaxation as a long-time practicing member of the Insight Meditation Center Dharma group in Redwood City and through her strong personal connection with the earth and plants.

Marcie maintained a plot in the Mountain View Willowgate Community Garden for many years where she grew vegetables for herself and friends. For more than 20 years, she shared her passion and expertise with others through the UC Master Gardener program. Many of Marcie’s projects were educational such as her 2001 series of gardening columns in the Mountain View Voice and many gardening classes she taught over the years. Marcie was a member of the team that designed and implemented the very popular demonstration garden at Eleanor Pardee Gardens in Palo Alto. One of the most personal projects Marcie took on was Sophie’s Garden in 2002. She designed and planted a backyard organic vegetable and herb garden to grow food for Sophie, a one-year old child with Niemann-Pick’s disease, to help ease her digestive problems. In 2009, Marcie combined her interests in housing and gardening, when she became an early member of Mountain View Co-housing Community. Marcie brought a depth of knowledge in cohousing principles and practice from a previous experience with an incipient cohousing project so she played an important role in shaping the Mountain View Cohousing Community’s governance, organization, and processes. As plans were developed for the co-housing project on Calderon Avenue, Marcie was in charge of the landscape plans for the development. She researched all of the plants and developed the planting map, approved the plants as they were delivered, and supervised all of the landscape contractors in planting and the installation of the irrigation system. As a member of the co-housing community since that time, Marcie has continued to tend the lovely gardens there, paying particular attention to training and pruning the more than a dozen new fruit trees. One of co-housing member also noted that Marcie taught the community a huge amount about consensus decision making, and brought many resources to help the community function.

Marcie passed away peacefully at home after a year-long struggle with cancer. She and her many contributions to all the communities of which she was a part, will be sorely missed by her many friends and colleagues.

To share your memories and find information about a virtual gathering and ways to honor Marcie’s memory, go to https://spanglermortuary.com/tribute/all-services/index.html.