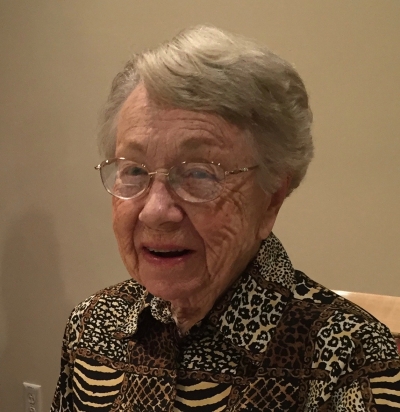 Marilynn Phillips was born June 10, 1921 in Ann Arbor, Michigan. She passed away peacefully at Stanford Hospital with her daughter by her side on January 16, 2020. She earned her BA degree from Michigan State University and her Master's degree from Ohio State University, after which she worked as a dietitian at Saginaw General Hospital. She married Russell Cole Phillips in 1946. They moved to Menlo Park when Russell was employed by Stanford Research Institute, and then to Palo Alto in 1956 where they lived in the same house on Garland Drive until moving into Channing House together in 1993. Marilynn was an active volunteer in virtually everything involving her children from field trip chaperone to Cub Scout den mother. Later, she volunteered with Stanford's Bechtel International Center where she found tremendous satisfaction in sponsoring international students, often staying in touch with them for years after they left Stanford. She enjoyed camping with her family in our beautiful National Parks, traveling all over the world with Russ, sewing and knitting, arranging flowers from Russ's gardens, entertaining friends with her wonderful meals, playing with the family dogs, and eating ice cream. She is survived by her son, Jeffrey Phillips of Evergreen CO, her daughter, Deborah Phillips of Washington DC, and three grandchildren.

Photo Gallery
0 photos Upload a photo
Remembrances
0 entries Submit a remembrance
Make a donation
Donations may be made to the Hydrocephalus Association at https://www.hydroassoc.org/ways-to-give/
About this site     Contact us