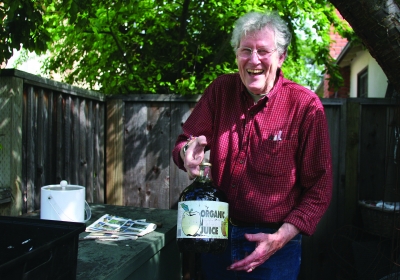 Born in Binghamton, New York, he was one of seven siblings in the boisterous, circus-loving Georgia family. Growing up in a lively home, his family was up all hours of the night and friends always stopped by to talk, eat, and play games.

After serving in the US Army, he received a degree in Industrial Design from the University of Bridgeport. He began his work life as a product and industrial designer for Creative Playthings and Tupperware, then moved to California where he worked at various design firms and in sales and management.

A gifted artist, he designed and built scale models of San Francisco, office buildings, homes, and toys. At home he created porches, decks, garden walls and many ingenious home improvements. Each project he worked on had a distinctive beauty including his sketches, the notes he slipped into school lunches, and his unique drip sand castle technology at the beach. All who spent time with Mark were touched by his humor, joy, warmth, kindness and enthusiastic friendliness. He loved nothing more than talking to friends, neighbors and strangers.

Family, service, conservation, and gardening were core values in Mark’s life. He married Romola in 1976 and was a devoted and involved parent to his two daughters, Annette and Gaelyn. His volunteerism knew no limits. He enthusiastically set up training and event environments for his wife’s work. He designed and built a memorial bench when a pre-school colleague died. He led the “Worms Eat My Lunch” composting project at Ohlone School and worked on the straw bale building that greets visitors at Hidden Villa. In addition to helping friends to reconfigure home space and build chicken houses, he designed and laid out the new offices for local non-profits Common Ground and Connexions when they were moving.

After several years of neurological difficulties, he was diagnosed with a rare form of Alzheimer’s Disease in 2014. The Georgia family is extremely grateful to to the nurses, doctors, social workers, care staff, and volunteers who worked with him and made his life better.

Mark is survived by his wife, Romola, his daughters Annette and Gaelyn, their spouses, three grandchildren, and brothers Charles, Richard, Stephen, and Chip, and sister Constance.

Photo Gallery
0 photos Upload a photo
Remembrances
3 entries Submit a remembrance
From Victoria Hilkevitch
Feb. 18, 2020
What a mensch. So sorry for your loss Romie, Gaelyn, Annette. What a loss for all of us and for the community that he did so much for. May his memory be for a blessing. Sending love from Indiana.
Memorial service
A memorial celebration will be held on February 16, 3 p.m., at the Unitarian-Universalist Church, 505 East Charleston Rd. Palo Alto.
Make a donation
In lieu of flowers, memorial contributions can be made in Mark’s name to the ToDo Institute, Monkton, VT. ( http://todoinstitute.com )
About this site     Contact us