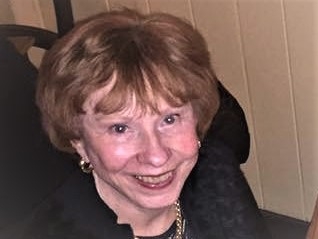 Mary Ann Southam (Currie) On January 20, 2020, Mary Ann Southam, age 79, passed away at Sunrise Palo Alto due to complications of liver cancer. She was born in Bagley, Minnesota, to Archibald and Lillian Currie. Due to her father’s rising career as an educator, the family moved to Mahtomedi, Evansville, and Garden City, Minnesota, before relocating, in 1954, to Tustin, California.

After graduation from Tustin Union High School, Mary attended UCLA, where she earned her BS and MS degrees in kinesiology. She spent the following years as a teacher and school administrator before entering Stanford University and obtaining her PhD in Behavioral Healthcare. This led to a 20-year career as Vice-President at ALZA/Johnson and Johnson in Palo Alto, California, where she oversaw the clinical development of the world's first transdermal fentanyl drug delivery product. Mary is credited with 12 publications and 14 patents. She has been retired since 2004.

In August 2019, Mary and her best friend and loving husband James Southam celebrated their 50th wedding anniversary. They have enjoyed a life filled with the pleasures of world travel, good food and fine wine, dancing, Stanford football tailgate parties, theater, opera and loving friends. Mary was an avid supporter of the Stanford women’s basketball team. In fact, she attended her last game a week before her death, despite flagging energy and difficulty with ambulation.

At Mary’s request, no services are planned. A celebration of life will be scheduled later this spring. Donations may be sent to the American Cancer Society or to a charity of your choice.

Photo Gallery
0 photos Upload a photo
Remembrances
0 entries Submit a remembrance
Memorial service
At Mary’s request, no services are planned. A celebration of life will be scheduled later this spring.
Make a donation
Donations may be sent to the American Cancer Society or to a charity of your choice.
About this site     Contact us