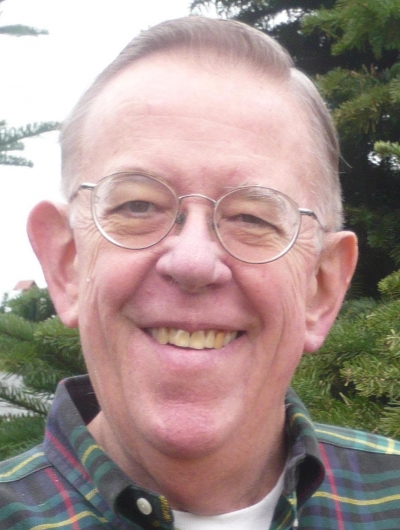 Michael Collins Patrick (Mike) Brown, the recently retired Director of Communications for the Archdiocese of San Francisco, died peacefully at home on Sunday following a long battle with cancer. He was 73.

Mike served as Associate Editor of Catholic San Francisco, the Archdiocesan weekly, and worked closely with the archbishop and the 93 parishes of the Archdiocese of San Francisco, capping off a half-century-long career in public relations. He began his professional career in 1968 as a copy boy for the San Francisco Chronicle, transitioning easily to Senior Columnist Assistant to the late nationally syndicated columnist Charles McCabe, editor, and book review staff writer.

In 1981 he became the Director of Alumni Relations and University Communications for the University of San Francisco, where he served his alma mater for over a decade cutting his teeth in crisis communication through the dissolution of his beloved USF Don’s basketball program. Similarly, he expertly guided corporations such as Southern Pacific Railroad, Fleishman Hillard, and Consolidated Freightways directing strategic communications and managing chaotic situations with ease and calm. Mike was a founding partner at Brown and Raleigh, a full-service public relations firm but his devotion to the Catholic Church and his spiritual life were never far from Mike’s heart.

In 2002 he was recruited to serve as Director of Communications and Community Relations for the Oakland Catholic Diocese overseeing public relations and communications for the highly anticipated Cathedral Project. In 2011, he moved to the San Francisco Diocese to work with Archbishop Salvatore Cordileone. Mike was named 2020 Communications Director of the Year by the U.S.–Canada Catholic Press Association and retired in January of 2021 after a 52-year career.

Mike was born in Spokane, WA in 1947 and moved to the newly developed community of Ladera in the foothills of the Stanford Linear Accelerator Center in 1954 with his parents Ralph and Eleanor Brown, now deceased. He attended St. Raymond’s Elementary school, rode the train each day to Bellarmine College Preparatory and completed his Bachelors’ Degree in English at the University of San Francisco in 1969.

He is survived by his wife of 51 years, Kathy Fenton Brown with whom he raised four children in his childhood home in Ladera. He is also survived by daughters Becky Brown of Ashland, OR and Molly Toapanta Brown of Mindo, Ecuador, sons Michael Brown of Ft. Collins, CO, and Thomas Brown who is now raising the 3rd generation of Browns in the family home in Ladera. Mike’s seven grandchildren live across three states and two continents and range in age from 2 to 24. Although Mike was an only child, he leaves behind a large and ever-growing family who carry the memory of his dry wit and warm heart for generations to come.

Photo Gallery
0 photos Upload a photo
Remembrances
0 entries Submit a remembrance
Make a donation
In lieu of flowers, donations can be made in his memory to Catholic Charities San Francisco.
About this site     Contact us