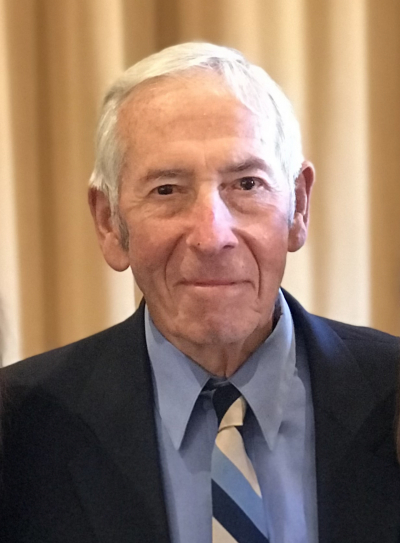 Neal Dow Coberly, Jr. died peacefully on October 8, 2022 at the age of 90. Neal lived a long and adventurous life defined by hard work, dedication to family and friends, and finding the humor in just about everything.

Neal was born on March 12, 1932 to parents Neal and Eliza Coberly. He spent most of his childhood at Pocono Manor in Pennsylvania, where his father worked as an accountant and where he learned the art of mischief, running through secret passageways at the hotel and hiding golf balls from unwitting golfers. In 1949 Neal graduated from nearby Pocono Township School as salutatorian of his class, and then set off for college.

Neal attended Syracuse University for several years before transferring to the University of Pennsylvania, where he completed ROTC and graduated with a B.S. in Economics. After graduation Neal joined the U.S. Air Force, and had a memorable few years between primary training in Moultrie, Georgia, which he described as “like being outside of nowhere”; basic training in San Angelo, Texas, where he learned to love West Texas and country music; and, an assignment at Sewart Air Force Base in Symrna, Tennessee, which was happily within striking distance of the Grand Ole Opry.

Neal’s first civilian job was with IBM in Dallas, followed by positions with GE in Arizona, California and then New York, where he met his wife, Janet. Setting the stage for a lifetime of humor and adventure Neal hid an engagement ring in an éclair, which thankfully Janet found amusing. In 1961 the couple married in Mt. Vernon, New York.

Over the next few years life would deliver both joy and heartbreak, as they celebrated the birth of their first son, affectionately “Little Neal,” but then a year later mourned his passing. Soon after, they expanded their family again and celebrated the birth of a second son, Peter. During this time Neal worked for Philadelphia National Bank by day and obtained a master’s degree from Penn at night.

In 1965 Neal joined SRI International’s financial industries department as a banking systems and management consultant. SRI then offered Neal a six-week project in Lisbon, which Neal and Janet agreed to—not knowing that six weeks would turn into eleven years abroad. In Lisbon Neal and Janet had two children, Bruce and Lauren, and then moved to London where they had another daughter, Elizabeth. During this time Neal consulted for British and Irish banks, and also took a consulting project for Pakistan Airlines, which he later admitted he orchestrated to pursue two of his passions: squash and mountains. In Pakistan he challenged famous Khan family members to squash matches, and convinced a local pilot to fly him to Gilgit to see the spectacular Karakoram mountains. The final chapter of Neal and Janet’s overseas adventure took them to Sao Paulo, Brazil, where they immersed themselves in vibrant Brazilian culture and travelled throughout South America.

In 1976 Neal and his family moved to Atherton, California, and Neal continued to work for SRI until 1993 when he formed his own consulting company. Throughout this time Neal travelled extensively for work and pleasure, and along the way forged lasting friendships with scores of people in the Bay Area and beyond. At home Neal devoted countless hours to coaching his kids’ soccer teams and planning memorable family adventures, including a midnight march up the Grand Canyon and a road trip through Mexico.

Beyond his sense of humor and proclivity for adventure, Neal will be remembered for his brilliant mind, including his aptitude for foreign languages and ability to recall important and unimportant facts alike. He loved palindromes, soaring mountains, Borba wine and Liverpool F.C. He was a formidable opponent both on the tennis court and—for those who dared to engage—in political debates. In later years Neal reflected: “You owe it to yourself to get as much out of life as you can.” And this, he surely did.

Neal is survived by his wife, Janet; his brother, Bill; his four children, Peter (Kim), Bruce (Haylee), Lauren (Renaud), and Elizabeth (Ethan); his grandchildren, Alexandra, Coby, Scott, Maile, Alexander and William; and his many adoring nieces and nephews.