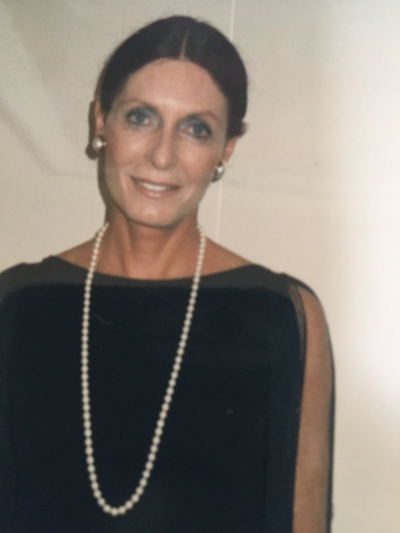 Regina passed away peacefully at her home in Sharon Heights (Menlo Park) after living gracefully for years with Parkinson’s Disease. She was born on September 23, 1934 in San Francisco to parents Lucille (Stryker) and Reginald Craig. She spent her youth in San Francisco attending Star of the Sea Catholic School, and later worked for the Hawaiian Oil Company of San Francisco. In 1957 she married George Clyne, President of Collins Electric. For many years they lived in Woodside and Sharon Heights with their son Sean Clyne. She was predeceased by her husband in 2011, and her twin sister Lucille Barlow. She is survived by her, son Sean (Esther), her brother James Craig, and many nieces and nephews. Regina contributed to the lives of many people through her kindness and generosity. She supported and volunteered at the Saint Francis Center in Redwood City and with her husband, was among the founders of the Benedictine College Preparatory school (Woodside Priory) in Portola Valley. As active members of Menlo Country Club, Regina and George loved playing golf. Regina greatly enjoyed the outdoors and was an avid tennis player, developing many friendships through these interests, and her participation in the Women’s Amateur International Tennis group (W.A.I.T.). Private family services are still to be determined.

Photo Gallery
0 photos Upload a photo
Remembrances
0 entries Submit a remembrance
Memorial service
Private family services are still to be determined. The family would like to thank all of her caregivers, especially Clarissa Dimacali and her devoted nieces Suzi (Paul) and Lisa (Carter).
Make a donation
Any donations in Regina’s memory may be made to St. Francis Center, 151 Buckingham Ave. Redwood City 94063 or to a charity of your choice.
About this site     Contact us