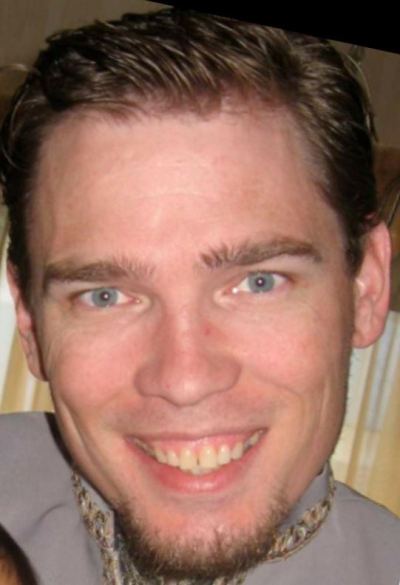 Richard Ashley Tucker, a Santa Clara resident, has died. He was 46. Richard, who died at home on May 3, 2020, was born June 7, 1973, to Jeffrey Richard Tucker and Clare (Tipton) Tucker, at Stanford, CA, going home to Los Gatos. He grew up with step sisters Rene’ Lyn Simmons and Suzanne Mary Simmons, and younger sister Cinthia Lacey Tucker. After time living in Hayward and Newark, in 1980 the family moved to his father’s hometown of Mountain View, CA. Richard attended Mountain View High School. One of his teachers had taught his father years earlier when it was still Awalt High School. Richard went on to gain certifications in various technologies, including network engineering, and earned his Bachelors in Business Management from Menlo College. Richard married Melanie Aspasia Day in 2000 and in 2005 they welcomed daughter Alexandra Mary-Clare Day-Tucker. They subsequently divorced. Richard married Farzana Shah Zabeen in 2007 and they had daughter Alara Zeba Tucker in 2009. Early on, Richard worked an assortment of jobs in retail, then moved into software testing and network equipment and design, and honed his product development and design engineering talents. He helped grow the success of a series of start-ups, including Proxim Corporation, Hula Networks, and Bhogart, amongst others. Besides being an extremely caring and thoughtful person, Richard was accomplished and talented in many ways. He had an eidetic memory and was incredibly creative as a product designer and problem solver. He liked big-boy toys and enjoyed improving his homes. Richard was preceded in death by his grandparents, three uncles, and brother-in-law Samuel Lindsay. Richard is survived by his wife, Farzana; his two daughters, Alexandra and Alara; his parents, Clare & Jeffrey; three sisters, Rene’ & Todd Patterson, Suzanne & Steve Rickman, and Cinthia Lindsay; many aunts, uncles, nieces and nephews; and many more family members and friends, who miss him dearly. Private memorials have and will be held.

Photo Gallery
0 photos Upload a photo
Remembrances
0 entries Submit a remembrance
Memorial service
Private memorials have and will be held.
About this site     Contact us