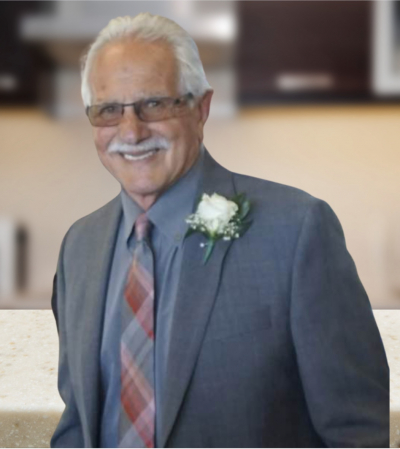 Robert was born in Hayward, Calif. to Ygnacio and Sylvia Montez and was the oldest of seven children. In 1958, he married his high school sweetheart, Francine, and together they raised four children, Michael, Bobby, Maureen, and David.

He served in the Marine Corps for eight years and later became a respected officer for the Palo Alto Police Department, a job he loved and held proudly for over 20 years. After retirement, he worked and volunteered at several community organizations, including Channing House and The Sequoias retirement communities, the Palo Alto Neighborhood Disaster Assistance, and the Palo Alto Medical Foundation where he went above and beyond to greet patients and help them find their way around the clinic. Robert was known for his mentorship, sense of humor, warm smile, and abundance of love for his friends and family – especially his wife, children, grandchildren, great grandchildren and pets. Robert was also known to share a story or two of his police work and his Hayward High football team. Everyone he encountered felt lucky to know him and he will be greatly missed.

Photo Gallery
0 photos Upload a photo
Remembrances
0 entries Submit a remembrance
Memorial service
A service will be held at 11am on Saturday, November 19, 2022, at Our Lady of the Rosary Church in Palo Alto, at 3233 Cowper Street.
About this site     Contact us