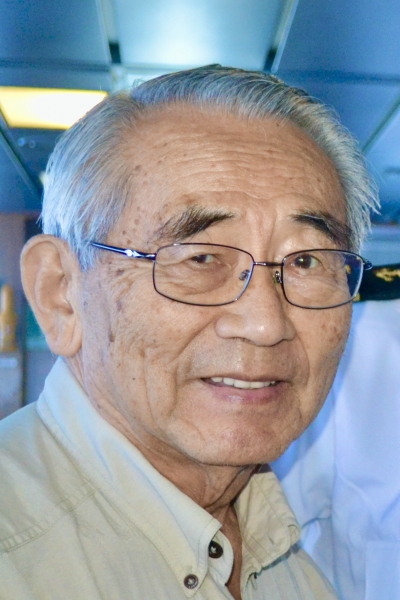 Setsuo Dairiki died on April 9, 2021 at Channing House after living in Palo Alto for 61 years. He enjoyed his last 17 years in Channing House with his wife Norma Masako who predeceased him in 2019.

Setsuo Dairiki was born in Penryn California to Hau and Fusakichi Dairiki on February 11, 1922. He grew up at their Dairiki Store (a small general store) in Penryn, and attended Sacramento City College at 14. When he was 16 years old and able to leave home, he attended Stanford University where he was a member of the Japanese Student Association and lived in its designated housing until Executive Order 9066 (Davis and Nilan: The Stanford Album: A Photographic History 1985-1945, Stanford: Stanford University Press, 1989, p. 276 photo with President Wilbur). As a citizen of Japanese ancestry, he was evacuated to Tule Lake Relocation Camp in April 1942 joining his parents and siblings. Although he lost credit for the last quarter, because he attended summer school, he was mailed his Stanford diploma at Tule Lake Relocation Camp in 1942.

When the camp officials realized he received his BA from the School of Engineering at Stanford, he was deployed to Lincoln, Nebraska to teach military personnel. There he met 18-year old Norma Masako Yoshida who had been sponsored for release by the 7th Day Adventist Church. They met, married, and after the war moved to Boston MA, so he could attend graduate school and Norma could start college. They built a home in an experimentally designed ‘modern cooperative’ community formed from the Trapelo Golf Course (Karl Koch’s Kendal Common) in Weston, Massachusetts in which they raised their 3 children and dog. Missing California, they returned to Montecito, California in 1959, where Setsuo worked for Raytheon, and moved north to Palo Alto in 1960 when Setsuo took a position with the Stanford Research Institute and later Digital Equipment Corporation.

Setsuo was an avid athlete and in his youth he played baseball. When he retired at 65, he learned to ski and was thrilled to find that lift tickets are discounted for those over 65. He was a devoted Stanford football fan. After returning to Palo Alto, he attended as many Stanford home games as he could. Upon his Palo Alto return in 1960, he attended every home game (including one during a severe rainstorm) even though Stanford lost every game that season (a unique 0-10 season). In 1993 after Gerhard Casper, Stanford President, invited the remaining half dozen Japanese evacuated in 1942 from Stanford campus to a small dinner at his house and gave him an inscribed medallion “a valued member of our Stanford family”, Setsuo was a sincere Casper fan. In 1999 when Stanford went to the Rose Bowl, he bought parade and game tickets for his wife, his children and their spouses, and his grandchildren.

After 2004 when he and Norma moved to Channing House, Setsuo walked to the library and his medical appointments at Stanford. He enjoyed traveling with his family especially to Japan. When he was 91 years old, he hiked in the Galapagos (to the amazement of the cruise staff) and at 92 went to Alaska. Most of all, he loved teaching his children and grandchildren. A few weeks before his death, on zoom he waved and sang to his newest great granddaughter.

Photo Gallery
0 photos Upload a photo
Remembrances
0 entries Submit a remembrance
Memorial service
No service is planned.
About this site     Contact us