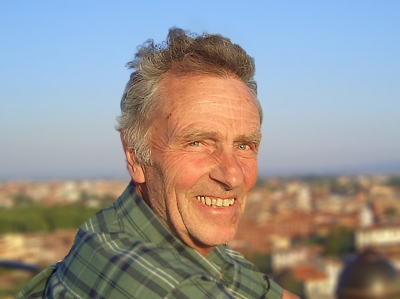 His life was marked by great accomplishments academically, professionally, and personally, with a close-knit family, and life-long friendships that spanned the globe. He was the quintessential Englishman, living the American Dream.

“Rosse” was born on February 16, 1930 in Darlington, England, to William and Beatrice (nee Neate), and sister, Joyce. He excelled academically and athletically, reading Chemistry at Queen’s College, Oxford University where he was awarded 1st degrees - BA, BSc, MA and DPhil - in Physical Chemistry, earned a Half Blue in Athletics (track), and was a leader in the Scouting community.

At Oxford he met his beloved wife, Esther (nee Thomson). They were married at Mansfield College, Oxford in 1955, and remained happily married for 65 years.

His life’s journey took him from Nottingham to Oxford, and on to ICI Explosives in Scotland, a postdoctoral fellowship at Northwestern University near Chicago, and consulting at Arthur D. Little in Boston – all leveraging his polymer chemistry and combustion expertise.

In 1960, he joined Raychem, a start-up materials science firm in Menlo Park, California and then settled the family in Atherton, their home for 57 years.

Rosse’s career with Raychem involved revolutionary advancements in engineering. In 1967, Rosse was recruited to determine the cause of the fatal flash-fire aboard the Apollo I spacecraft at Cape Kennedy, solidifying his global expertise in commercial aviation forensic analysis.

The holder of numerous US and foreign patents, Rosse excelled in both R&D and Sales, and helped Raychem grow over the next 30+ years. Rosse thrived in the fast-paced entrepreneurial and collegial environment, where he was known for his intellect, creativity, and ever-present sense of humor. The Raychem clan became family. He retired in 1990, but continued to consult with Raychem well into his seventies.

Rosse and Esther’s home in California was a magnet for guests. Family, friends, friends of friends, total strangers…all were welcome. He ensured that his family remained connected to their European roots with many summers spent with family and friends overseas.

Rosse reveled in the joy of home projects in his workshop, fixing anything, and teaching his children and grandchildren the joys of lifelong-learning and the outdoors. He and his family traveled throughout the US, treasured weekend adventures and road trips, which might end up at the beach, in the mountains, or at the dump. Only Rosse could make the dump an adventure!

Photo Gallery
0 photos Upload a photo
Remembrances
0 entries Submit a remembrance
Memorial service
A Celebration of Life will be scheduled at a time when there is more certainty in the world around us.
Make a donation
In lieu of flowers, the family requests that you send memories, stories and photos of adventures with Rosse to rosse.memories@gmail.com.
About this site     Contact us