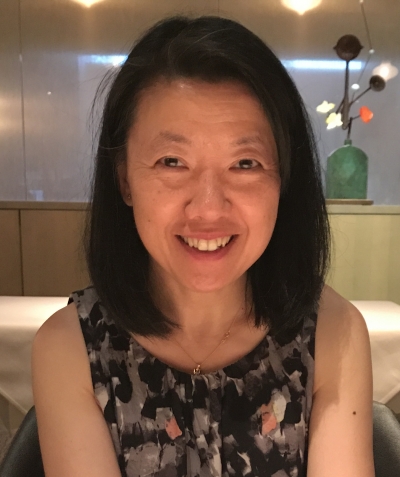 Winnie Yingyi Kao, beloved wife, daughter, sister, and auntie, died on May 16th. She was 55 years old. She was born September 13, 1963 in Hong Kong, and lived in California since 1977 when her family moved here. After attending Peterson High School in Sunnyvale, she graduated with an engineering degree from the University of California at Berkeley followed by a master’s degree in engineering from Santa Clara University. Following university studies, she started her career at AMD and then Hewlett-Packard where she met her husband, and after that Google, Visa, and Infoblox. She and her husband Lee were married at the Stanford Memorial Church in April 1999.

Winnie had a passion for language, and in addition to English was fluent in Mandarin, Cantonese, and Shanghainese, as well as having experience with German, French, and Japanese. Love of language, love of music, and a keen intellectual curiosity, are among the many things she shared with her husband.

Winnie possessed a peerless level of energy at her core. She was always reading a book, taking a class, practicing yoga, hiking in the mountains, always engaged. On a Mediterranean cruise ship in recent years, she was the star of the Zumba class. She loved fine cuisine, once taking a four-day, culinary trip to New York City with her husband. Her curiosity and empathy for other cultures led her to travel the world.

Winnie’s kindness, warmth, and love, often expressed in a smile or a wave touched her family, friends, colleagues, neighbors, and everyone she came in contact with. She had uncountable close friends stretching back to her primary school days in Hong Kong and every period in between. She was maid of honor to half a dozen very close friends. Nothing was more important to her than her family and her friends.

She is survived by her husband Lee Cosart, her mother Elizabeth Kao, her brother Richard Kao, her sister Janet Kao, and predeceased by her father Singyao Kao. Above everything else, she was devoted to her husband and all her family.

Photo Gallery
0 photos Upload a photo
Remembrances
0 entries Submit a remembrance
Memorial service
A memorial service will be held Tuesday May 28, at 10 a.m. at Skylawn Memorial Park, Highway 92 and Skyline Blvd, San Mateo.
Make a donation
Memorial donations may be made to Stanford Health Care. Link: https://makeagift.stanford.edu/get/page/makeagift?noLoopSecure=y&pgnTPC=399&olc=06421&stp=1&cturl=close&gdso=14&pgOrg=msa
About this site     Contact us