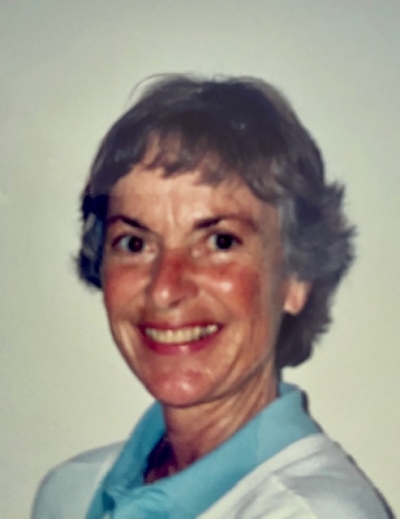 Yvonne led a beautiful life. She was strong and kind and fun-loving. She was a beloved wife, a loving and supportive mom and a devoted grandmother and great grandmother. She was also the woman whose door was open to everybody, especially during the Cocktail Hour… when fun conversation and laughter flowed freely. The Murray living room was where friends and family could always go for joy (and sometimes comfort). Yvonne was born during the Great Depression, and grew up during WWII. She lived in the little farm town of Whittier, surrounded by orange groves. But the family escaped to Balboa Island in the summers, where kids could roam freely, ride the ferris wheel, swim across the bay and view Humphrey Bogart motor by in his yacht. This created a life-long love of the beach in Yvonne. Forever after, her summers would be spent with kids and beach towels. She adored her dad, a successful businessman. His hobby was tools. Yvonne inherited his engineering genius. Like her dad, she could always repair anything mechanical. Yvonne’s mom was a former flapper and Vaudevillian. She was wild. Yvonne responded to this by choosing a different direction. She went to Berkeley and got straight A’s. (She was also a campus beauty queen.) On a trip to her cousin’s Port Huron lake cabins, Yvonne met Lloyd, a handsome athlete with a delightful sense of humor. After three weeks, they got married (and stayed married for 68 years). Amazing! Yvonne and Lloyd spent many years supporting happy children and darling grandchildren (and great grandchildren). They also became a victorious mixed-doubles tennis pair at Foothill Club. Wherever they played (a favorite was the La Jolla Beach & Tennis Club), they brought cocktail mix and hors d’oeuvres so that even their hotel room became a gathering place for friends and family. It should be said, during this time of political craziness, that Yvonne was a dedicated progressive. She was appalled when her mother stood up at a movie theater to boo Franklin Delano Roosevelt. And her commitment to future progressive leaders was displayed on her refrigerator door – with newspaper clippings and campaign thank you notes… in between photos of her adorable kids, grandkids, great grandkids, and cats! The foundation of love that Yvonne and Lloyd provided their family (and which Lloyd continues to provide) has sustained us through life’s ups and downs. We love them beyond measure! 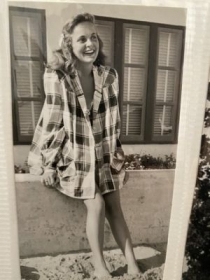 Remembrances
1 entry Submit a remembrance
From Becky
Oct. 20, 2020
Love my Mom xoxo
About this site     Contact us