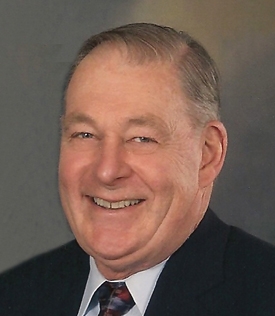 Don Loughry passed away peacefully at home, surrounded by his loving family, on Feb. 22, 2012. He will be remembered as a gentle, caring man with a strong sense of purpose, the utmost integrity and a love of puns. Don was born in Flushing, New York, on Jan. 12, 1931, the older of two sons of James Kenneth and Anita Loughry. He grew up in Ridgewood, New Jersey, and attended Ridgewood High School. He graduated in 1952 from Union College in Schenectady, N.Y., with a B.S. in Electrical Engineering. After college he worked two years at the Naval Ordinance Lab in Maryland and then two years in the Army Signal Corp.

Don's major accomplishment in his 42 years working at Hewlett-Packard (1956 to 1998) was his leadership in the development of technical and Internet standards. Don led work in the 1970s on the IEEE 488 bus that made it easier for machines to interface with each other. He was the key initiator of the IEEE's 802 family of standards during the 1980s and 1990s. The 802.3 Ethernet standard is now used in over 300 million computers and the 802.11 wireless standard is ubiquitous in mobile devices. These international standards enable the easy global communications we take for granted every day. For his standards efforts, Don earned many awards including the 2003 IEEE Proteus Steinmetz Award and the 2011 IEEE Richard M. Emberson Award.

Staying abreast and educated on current events around the world -- and sharing that knowledge -- was always a goal of Don's. Don led "Great Decisions," an annual 8-week course by the Foreign Policy Association, at First United Methodist Church of Palo Alto for over 25 years.

Don loved all kinds of science but especially enjoyed astronomy and would stay up all night watching and photographing an eclipse or a meteor shower. Don's other passion was bonsai, he found creating beauty in the form of miniature trees spiritual and relaxing.

After retirement, Don combined his love of science and teaching by spending several days each week preparing and testing science experiments with a "wow factor" to excite his 6th grade students at Crittenden school in Mountain View, where he volunteered for six years.

Don was a loving husband and best friend of Alice, his wife of 55 years. Don distinguished himself by his loyalty to family, friends, church, volunteer organizations, and neighbors.

It fills me with great sadness to learn that Don passed away. I well remember, in particular, the time when I worked with him on the PAS project. He was a noble person with a bright mind, convincing, but always ready to compromise in order to find acceptable solutions even in difficult situations. I very much enjoyed working with him and I consider myself fortunate to have him met.

Don was my mentor in the IEEE 802 standards arena. Whenever there was a question of procedure or strategy, Don always had a practical answer. He was the masteer of "electro-political engineering".

Don was The Man on all things Standards at HP; I worked with him in the '80s on OSI. He was a terrific leader and a very patient guy. We all looked to him for guidance on those complex situations that arose in multivendor standards meetings. His name brings pleasant memories to mind -- particularly his smile and gentle encouragement. And he did love those puns.

Don always had a great mixture of humor and patience. I worked with him on the 802.3 standard in the 80's. He always seemed to manage his way through what I found to be a long, frustrating process. He has left quite a legacy in the networking world.

Don was a wonderful man - a true technical leader whose contributions have had lasting benefit for the world, and yet such a humble, humorous, friendly guy who was just fun to be around and to know. My deep condolences to his family.

Don and I worked together on many standards committees in the IEEE, INCITS (then X3) and JTC1 throughout the late 80's and 90's. He was always the most collected person at whatever meeting, even when things got a little heated. His technical and political savvy were much appreciated. I didn't have a chance to see him after he retired, but have thought about him often. R.I.P. Don ================= The bustle in a house The morning after death Is solemnest of industries Enacted upon earth, -- The sweeping up the heart, And putting love away We shall not want to use again Until eternity. ------ Emily Dickinson

Don best embodied the philosophy of the engineer of anyone I worked with. Don always sought a successful result--perhaps even when not in HP's best interest. And, just when you thought you were in the presence of a sage, he would come out with a horrible pun! What a great guy to work with.

I worked closely with Don during the late 70's on an ANSI standard committee. I had high regard for his competence, organizational ability, and cordial manner. His passing is a great loss

Don served on an advisory committee at Canada College where I worked as a dean. He and his wife donated computers to the college office technology program. Don was an inspiration to us all. Alice, my prayers are with you and the family. You now have an angel to care for you. Hugs, Grace Adams

I recall working on the HP-IL standard and comparing our progress with the standard set by the HP-IB standard activities - feeling proud that HP was so vibrant in the standards area and a bit in awe of trying to accomplish what we saw could be done. Thank you, Don.

I worked with Don when I managed networking PR at HP in the 80s. I remember him being so kind and generous of his time with me, and in addition to being very bright, thinking he must have the patience of a saint to put up with all the standards committee politics. But he clearly loved his work, family and life. I'm very sorry to hear of his passing. My condolences to his family.