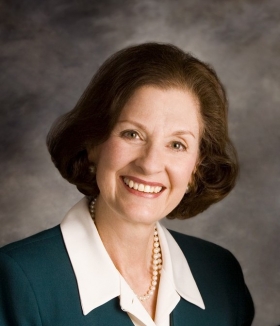 Sharon Graham Niederhaus was a 7th generation Californian, born on February 23rd, 1942 in San Francisco. She was the eldest of five siblings and the daughter of John and Charlotte Graham. She died peacefully on Saturday, October 24th in Palo Alto, California at the age of 78-years-old.

Sharon was a graduate of San Mateo High School. She received her BA in Sociology/Anthropology at Mills College. She earned five K-12 teaching credentials and taught in San Jose and Portola Valley. As the Director of Partnerships in Education for the San Mateo County Office of Education, she initiated and developed over 100 Adopt-A-School partnerships servicing more than 40,000 students. She was a networker bringing groups and individuals together for the benefit of all. In 1993, Sharon was inducted into the San Mateo County Women’s Hall of Fame. She went on to earn a Master of Liberal Arts degree from Stanford University in 2001. Based on her thesis at Stanford, she co-authored a book with her brother John Graham titled, “All in the Family: A Creative Guide to Successful Multigenerational Living.” She has given book talks all over the country, received national media attention, and even discussed her book on the “Good Morning America” TV show.

Sharon will be remembered not only for her many accomplishments and contributions as a pioneer and leader in the community, but for her loving, supportive, generous, gracious and positive Spirit. She uplifted everyone she connected with and encouraged people to pursue their dreams. She also had an attitude of gratitude and frequently referred to herself as, “The luckiest women on the planet.” She had an amazing ability for self-acceptance and was able to model that for everyone that knew her. Further, Sharon’s 40-year marriage to her husband Don, was a positive role-model of unconditional love for all of their family and friends.